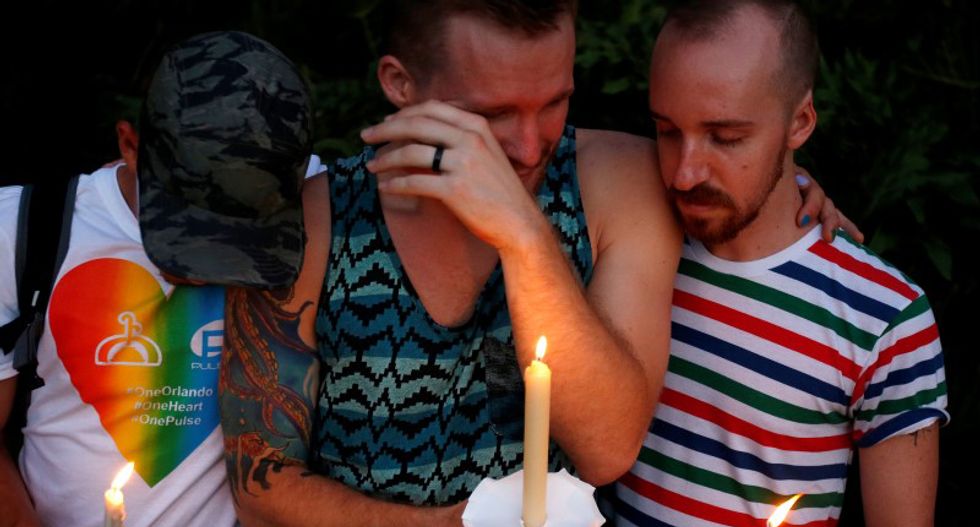 U.S. officials will release transcripts of phone calls placed to emergency 911 dispatchers by a gunman during a shooting rampage a week ago that killed 49 people at a gay nightclub in Orlando, Florida, Attorney General Loretta Lynch said on Sunday.

Omar Mateen, 29, who died in a gunfight with police at the end of the attack, is said by authorities to have repeatedly paused during his three-hour siege to call 911 and post internet messages from inside the Pulse nightclub professing his support for Islamist militant groups.

Speaking on CNN's "State of the Union" program, Lynch said partial transcripts of Mateen's three 911 calls would be made public on Monday. She said they would include the "substance of his conversations," recorded as the security guard carried out the deadliest mass shooting in modern U.S. history.

Lynch said investigators were focused on building a complete profile of Mateen, a New York-born U.S. citizen and Florida resident of Afghan descent who has been described by U.S. officials as "self-radicalized" in his extremist sympathies.

The Pulse massacre, which also left 53 people wounded, has spawned a week of national mourning and soul-searching over the easy accessibility of firearms and the vulnerability of people in the gay, lesbian, bisexual and transgender community to hate crimes.

In the largest public show of solidarity yet for victims in the central Florida city where the June 12 slayings unfolded, thousands of people gathered at a lakeside park in Orlando for a memorial vigil on Sunday evening.

Many waved rainbow-striped flags with the message "Orlando Strong," while others wore T-shirts emblazoned with the slogans "Orlando United" and "Orlando Love." Organizers strolled through the ethnically diverse assembly of young and old handing out white daisies. As twilight fell, candles were lit and held aloft by the crowd.

Many were moved to tears by the outpouring of emotion, briefly heightened as an actual rainbow arched across partly cloudy skies over the lake.

"We are all mourning for the people who died, and we totally condemn this act of violence," said Safia Akhtar, 71, a Pakistani native who lives in Orlando and works as a real estate agent. She carried a sign that read: "Muslims condemn extremism."

'TALKING TO EVERYONE WHO KNEW HIM'

Authorities have said preliminary evidence indicates Mateen was a mentally disturbed individual who acted alone and without direction from outside networks, despite a pledge of loyalty he made to the Islamic State militant group in one of his phone calls. Lynch told ABC's "This Week" program that the transcripts being released on Monday would not include such a pledge.

The attorney general, who will travel to Orlando on Tuesday to confer with investigators and meet survivors and victims' loved ones, declined to say whether a federal grand jury was likely to charge Mateen's second wife, Noor Salman, or anyone else.

U.S. officials have said Salman knew of her husband's plans to carry out the attack.

"Because this investigation is open and ongoing, we're not commenting on anyone else's role in it right now, except to say that we are talking to everyone who knew him, and that of course includes his family, to determine what they knew, what they saw in the days and weeks leading up to this," Lynch said.

On Capitol Hill, the Orlando massacre has triggered a fresh effort to break a long-standing stalemate in Congress over gun control.

The Senate was set to vote on Monday on four competing measures – two from Democrats and two from Republicans - to expand background checks on gun buyers and curb gun sales for people on terrorism watch lists.

Federal Bureau of Investigation Director James Comey said last week that Mateen was on a watch list between May 2013 and March 2014 while under investigation after claiming a connection to or support for multiple Islamist extremist groups.

In an interview on the CBS show "Face the Nation" on Sunday, Comey said politicians were misguided in thinking tougher gun restrictions would stop someone intent on carrying out a massacre.

Donald Trump, the presumptive Republican presidential nominee for the Nov. 8 election, said he shared the goal of keeping guns out of the hands of people on watch lists.

"We have to make sure that people that are terrorists or have even an inclination toward terrorism cannot buy weapons, guns," he said on ABC's "This Week."