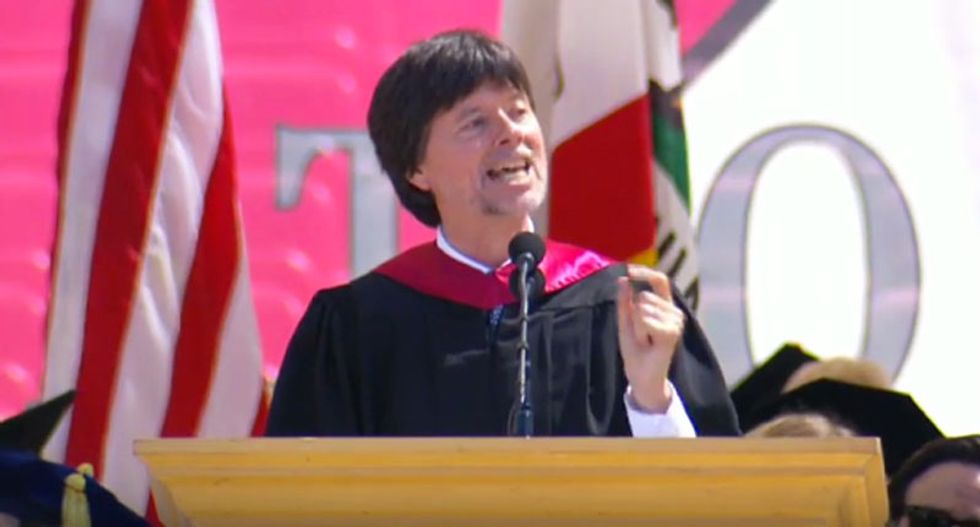 Documentary filmmaker Ken Burns spoke to the graduating class of Stanford on Sunday and used the opportunity to absolutely demolish presumptive GOP 2016 presidential nominee Donald Trump to the cheers of the crowd.

Saying he was speaking as a historian, Burns urged attendees to reject everything that Trump represents.

"We see nurtured in his campaign an incipient proto-fascism anti-immigrant Know Nothing-ism, a disrespect for the judiciary," he said. "The prospect of women losing authority over their own bodies, African Americans asked to go to the back of the line, voter suppression gleefully promoted, jingoistic saber-rattling, a total lack of historical awareness, a political paranoia that, predictably, points fingers, always making the other wrong."

Burns also called out the media over their "bemused disdain" that has kept them from taking the threat of Trump seriously.

"Many of the media institutions have largely failed to expose this charlatan, torn between a nagging responsibility to good journalism and the big ratings a media circus he always delivers," he continued. "In fact, they they have given him the abundant airtime he so desperately craves, so much so that it has actually worn down our natural human revulsion to this kind of behavior."

Turning to Trump once again, he insisted, "We must remain committed to the the kindness and community that are the hallmarks of civilization and reject the troubling, unfiltered Tourettes of his tribalism."