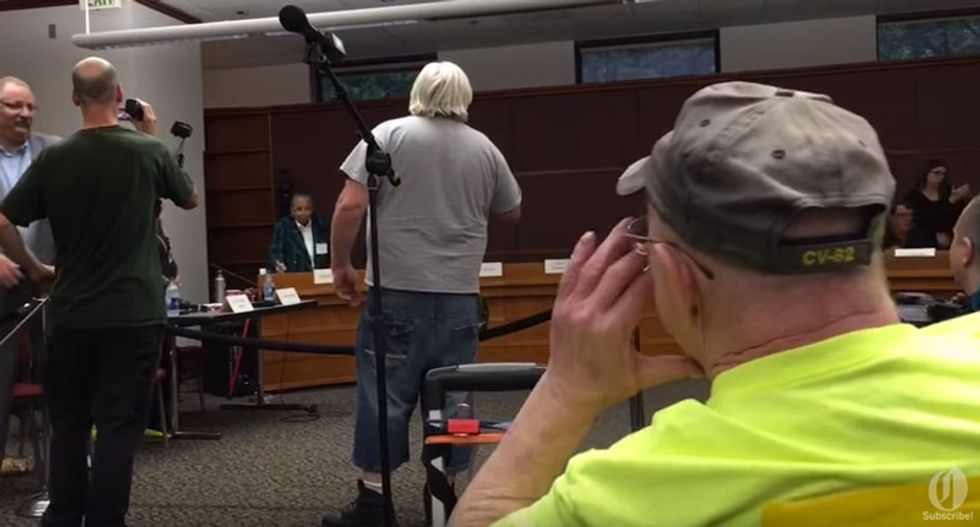 The chairperson of a Portland police oversight committee pulled the plug on a hearing Thursday night after attendees began screaming and approaching the board members where they were seated, reports the Oregonian.

The Portland Community Oversight Advisory Board was created nearly a year and a half ago after the city reached a settlement agreement with the U.S. Department of Justice. Since that time the group -- which is supposed to make recommendations on police policies, training and oversight -- has been completely ineffective, with members quitting as the mayor and city officials have ignored them.

Thursday night, outgoing chair Kathleen Saadat had enough of the bickering and screaming, calling off the meeting while muttering, "This is ridiculous."

The board was created as an experiment in citizen involvement in police operations, but has instead become a melting pot of grievances, with attendees and board members bickering and little work getting done.

Thursday night was no different when a local, Kif Davis, who had previously been kicked out of a meeting for filming it, demanded an apology from board member Bud Feuless who called Davis a "skinhead" on Facebook.

Feuless apologized to the board, saying, "It was a huge mistake, and it has created a huge distraction, so I need to apologize to you for creating that distraction, for my mistake.''

Failing to apologize to Davis directly caused the man and his friends to taunt Feuless, with Davis describing himself as "a Jewish guy with mental illness."

Saadat finally had enough when City Commissioner Amanda Fritz  attempted to thank the committee members for their work, only to draw laughter and more shouting from the crowd.

After a few attendees approached the roped off committee members' tables, Sadaat called an end to the whole proceeding.

According to police, two attendees were arrested for unlawful trespass.

Watch the video below, uploaded to YouTube by the Oregonian: