103-year-old woman: 'I must live to vote for Hillary' because 'Trump would be a national disaster' 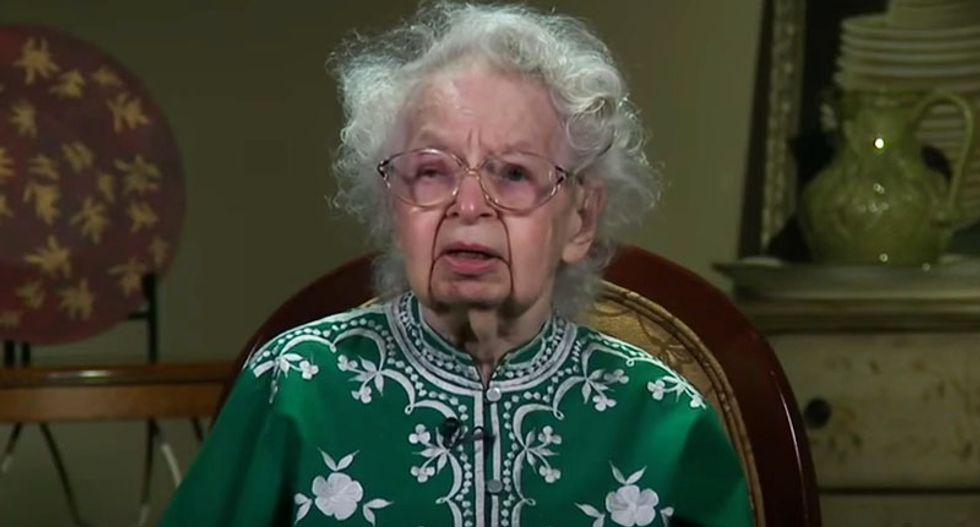 An Iowa woman, born seven years before women were given the vote, says she plans to stick around long enough to vote for former Secretary of State Hillary Clinton, adding a Donald Trump presidency would be a disaster.

In an interview with CNN's Christiane Amanpour, 103-year-old Ruline Steininger spoke about campaigning for Clinton during the Iowa caucuses saying she never thought she'd live to see a woman president in her lifetime.

Steininger, who will be voting in her twentieth presidential election, said the candidacy for Clinton is very special to her.

"She's our only hope. We certainly don't want Trump for a president," she said before adding, "Hillary is the best qualified candidate we have had in a long long time."

"Ruline, you were born seven years before American women got the right to vote," Amanpour stated. "Did you ever think you would see this day, with an American woman in the position that Hillary is?"

"I never thought we'd see a woman president of the United States, but this is the year" Steininger replied.

Amanpour than read from the woman's Christmas card from this past year to her friends and family, where she wrote: "The chances are high that my vote will be absent. After giving this problem much serious thought and consideration, I've come to the decision that I must live to do my part November 2016. I can die later."

Asked whether she was surprised that Donald Trump could be a "legitimate candidate," Steininger was quite blunt.

"I'm shocked. I don't know what has gotten into people," she replied. "If he's elected president, it's going to be a national disaster which we will likely take years to recover from."

She added, "The only way to stop Trump is to vote for Hillary."