Accuser in Trump sexual assault case: 'I went through hell' 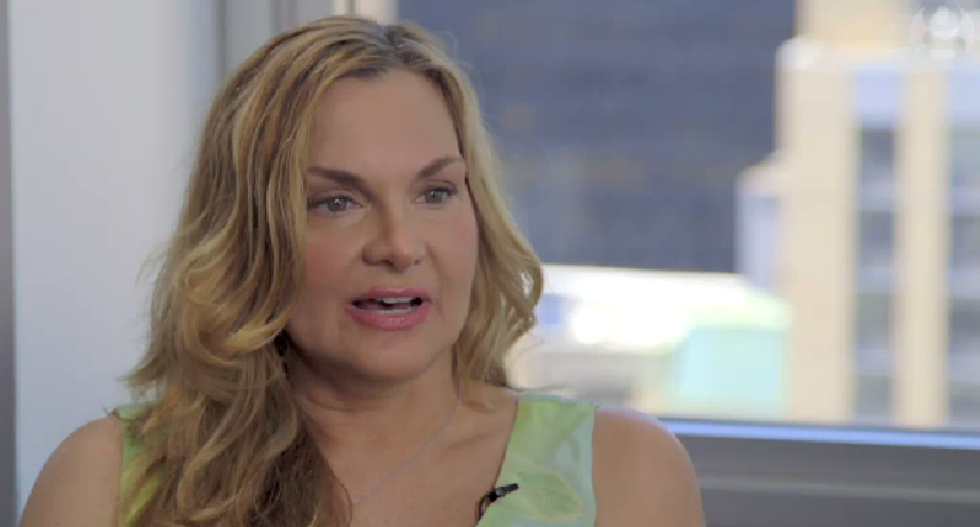 Jill Harth speaks to The Guardian about her allegations against Donald Trump. (Screenshot)

A woman who filed a 1997 lawsuit against Donald Trump, alleging sexual assault and repeated harassment, has finally broken her silence to the media.

In an interview with The Guardian on Tuesday, Jill Harth, a makeup artist who worked with Trump in the early '90s, spoke at length about her 1997 legal complaint against the man who officially became the Republican presidential nominee this week.

Harth told The Guardian that in January 1993, when she and her romantic partner at the time were visiting Trump's Florida mansion, Mar-a-Lago, to finalize the details for a beauty pageant on which Harth was working, the American Calendar Girls pin-up competition. Harth and her significant other, George Houraney, had several prior meetings with Trump to secure his backing for the festival sponsoring the pageant.

According to The Guardian, Harth said Trump pulled her aside into one of his children's bedrooms.

“He pushed me up against the wall, and had his hands all over me and tried to get up my dress again,” Harth recalled, “and I had to physically say: ‘What are you doing? Stop it.’ It was a shocking thing to have him do this because he knew I was with George, he knew they were in the next room. And how could he be doing this when I’m there for business?”

Harth made a deposition about her claims against Trump's unwanted advances to help bolster a larger lawsuit against the business mogul for failing to meet his end of a business partnership. Although the makeup artist eventually dropped her own lawsuit against Trump, she never retracted her statement.

But Harth kept quiet about the incident to the press for more than two decades, refusing repeated requests from major TV news networks, until The New York Times broke a story in May about the GOP candidate's alleged sexual harassment of several women throughout his career. The Times took quotes from Harth's deposition for her lawsuit, prompting the Trump campaign to publicly deny her allegations.

As Raw Story previously reported in June, Donald Trump told The Times that "lot of things get made up over the years."

“I have always treated women with great respect," he added. "And women will tell you that.”

When The Times published its expose, Raw Story noted, Trump took to Twitter to blast the article as "false, malicious & libelous."

Harth replied to Trump's and his daughter, Ivanka's, public denunciations of her claims against the candidate in a series of tweets, in which she told the GOP pick, "I didn't lie. You did. Stop having your daughter lie for you."

In her interview with The Guardian, Harth said that the Trump campaign pressured her to try to recant her the statements in her original lawsuit.

“His office – and I have it on my voicemails that he called, that they called – they asked me to recant everything when the New York Times article came out. They were trying to get me to say it never happened and I made it up. And I said I’m not doing that,” she recalled. Trump’s office denied this.

She added that part of the reason why she broke her silence to the media is because of the numerous Trump campaign staffers rushing to defend their candidate.

“Nobody was defending me, that’s why I’m talking,” Harth told The Guardian. “You can believe it or not, but I went through hell and I still have to relive this again. And I just, I’m horrified that I have to think about this again.”

The Guardian reports that the makeup artist has now hired an attorney, Lisa Booth, to demand Trump retract his statements effectively accusing Harth of lying.