Ana Kasparian: How much can GOP cover for Trump after insane Russia email rant? 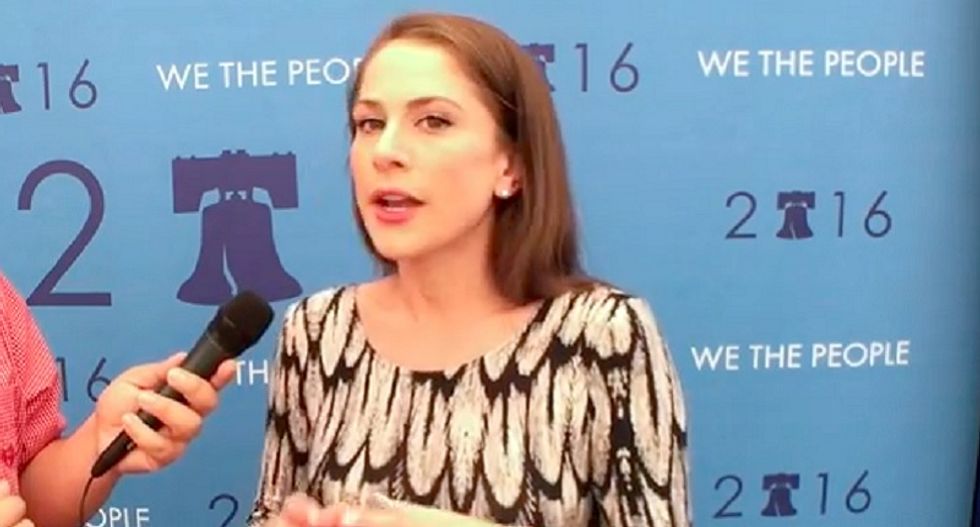 The Young Turks' Anna Kasparian speaks to The Raw Story on July 27, 2016. (Screenshot/YouTube)

Young Turks host Ana Kasparian called Donald Trump's invitation for Russia to hack Hillary Clinton on Wednesday "beyond egregious" and noted that his Republican colleagues were already trying to downplay his remarks.

"How much of this can they do?" Kasparian told The Raw Story in an interview at the Democratic National Convention. "He seems like a loose cannon, he seems like he doesn't use any logic before he speaks. It seems he's completely unaware of what is and is not ethical when you're running for president."

The GOP presidential nominee said during a press conference earlier in the day that he hoped Russian would "find the 30,000 emails that are missing," once again generating widespread criticism against himself.

But what the former reality show star had succeeded in doing, Kasparian argued, was cast himself as an anti-establishment candidate for the benefit of his supporters.

"We now have to focus on what's right in front of us. I would argue that electing Donald Trump would be a disaster for minorities; it would be a disaster when it comes to foreign policy. He's insane, and I'm really worried about where we're headed."

The interview can be seen in its entirety, as posted online, below.