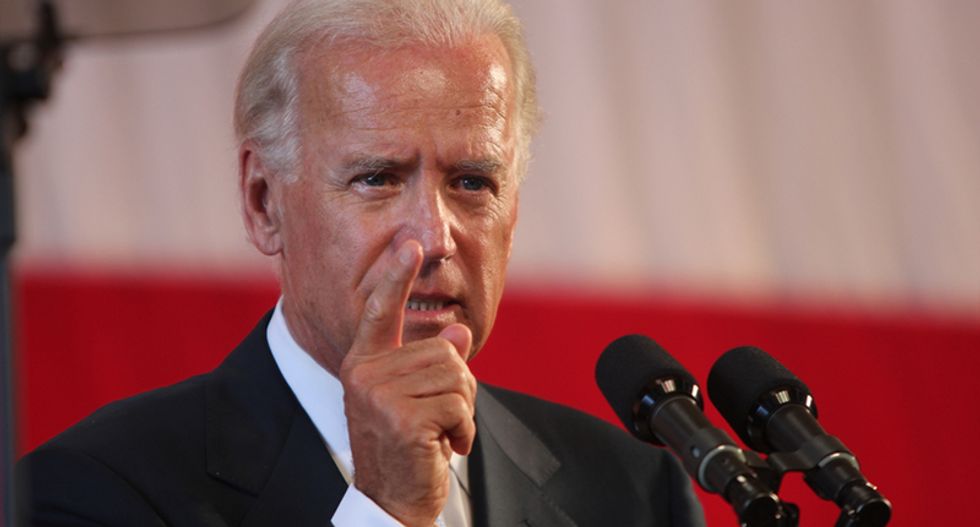 White House officials, including leaders in the administration, President Obama and Vice President Joe Biden will no longer be visiting colleges or universities that they feel aren't serious about pursuing sexual assault allegations on their campuses.

The Washington Post reports, Biden wants to take the ban even further and have the federal government to “take away their money” if a public institution doesn't change its policies.

“Now’s the time to put the pedal to the metal,” Biden said, despite the administration coming to a close.

The White House has taken unprecedented steps over the last several years to help end the epidemic of sexual assault on college and university campuses. They launched the It's On Us campaign to help educate young men that it is their responsibility not to rape women and ask consent. As of today, more than 344,400 people have taken the White House pledge acknowledging that non-consensual sex is sexual assault and intervene when seeing something non-consensual occurs. In 48 states, 530 total schools have active It's On Us chapters, working to help make their campuses safer.

Biden also made news when he wrote a touching letter to the Stanford survivor of sexual assault, whose rapist only received six months in prison because the judge felt it might harm him emotionally.

As an advocate for domestic violence survivors, Biden has long understood the importance of helping protect those attacked in a sexual and nonsexual ways. He authored the Violence Against Women Act in 1994, which contained a "rape shield law" in part of the legislation. It ensured that a survivor's past sexual experience could not be used against her in court to undermine her credibility of a rape accusation.

Biden even spoke to Obama about the issue before they won in 2008, asking if staff could work specifically on violence against women “within the office of the vice president,” rather than solely at the Justice Department.

“He said, ‘Okay.’ He knew how strongly I felt about it,” Biden explained, mentioning that Obama became more and more engaged with the issue over time. “He always thought it was an awful abuse of power. But as his daughters grew, he became more explicitly focused on it.”

Under the Obama administration, the Department of Education has 253 ongoing investigations at 198 institutions on how they have handled sexual violence on their campuses. Their determination has made it easier for hundreds of schools to report allegations and the actions the school took against the offender. Schools have also appointed specific officers that hear cases and determine if the evidence is enough to prompt action by the school. The required "preponderance of evidence" differs from "beyond a reasonable doubt" that is required in criminal cases, which can make it easier for institutions to take action if district attorneys will not.