Caitlyn Jenner at the RNC: 'The Democratic Party does a better job' for LGBT people 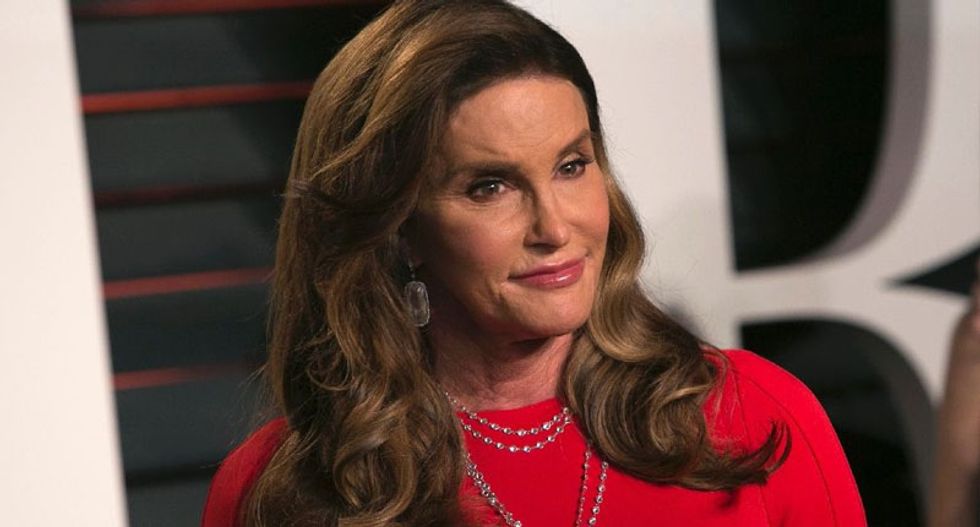 Caitlyn Jenner, an avowed Republican who is the world's most famous transgender woman, defended gender rights Wednesday in Cleveland on the sidelines of the Republican convention that picked Donald Trump for president.

Jenner, 66, became an icon of the transgender movement last year when she announced her transition to become a woman and gave up her first name of Bruce, the name she was known by as an Olympics decathlon champion in 1976.

Her support of a political party reluctant to advance the rights of the lesbian, gay, bisexual and transgender people has drawn criticism from the LBGT community.

By comparison, "it was easy to come out as trans!" Jenner said, laughing, as she attended the Big Tent Brunch sponsored by the American Unity Fund, a pro-LGBT rights group founded in 2013 by millionaire Republican Paul Singer.

Jenner did not formally call for the election of Trump in the November vote to succeed President Barack Obama, a Democrat, in the White House.

In late June, she said Trump "seems to be very much for women" and the LGBT community, although there were "unknowns" about his convictions.

The Big Tent Brunch was held at the Rock and Roll Hall of Fame in Cleveland, the Ohio city hosting the Republican's four-day convention that wraps up Thursday with Trump's speech accepting the party's nomination.

But Jenner's presence on the sidelines added to that of openly gay Republican militants attending the convention who hope the party will officially soften its stance on issues such as same-sex marriage, so that it could translate to voter support.

"Our best hope to get back to a constitutional government... is in the Republican Party," Jenner said.

"I get it, the Democratic Party does a better job when it comes to the LGBT community, and Obama has been very good from that standpoint."

Jenner pleaded for a change in attitudes among Republicans.

"They need to know people who are trans," she said.

In recent months, conservatives in several states have proposed legislation that would force transgender people to use the public toilets of their assigned birth gender.

Trump has remained above that fray. In April, he proposed that Jenner use the toilet of her choice at the Trump Tower in Manhattan, and one day she did just that.

Conservatives are "creating laws for a non-issue," Jenner said at the Cleveland brunch.

"I have not had any issues about bathrooms myself," she said.

"I haven't used a men's room in a year and a half, and thank God, because there are some great conversations going on in the ladies' room."