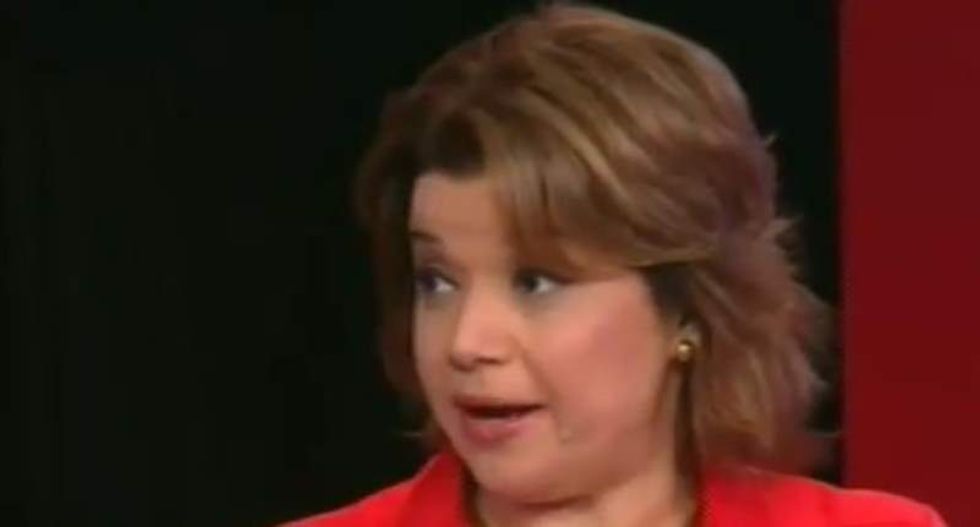 With the Republican in-fighting surrounding Donald Trump erupting again on Monday, CNN conservative commentator Ana Navarro explained what it would take for her to throw her support behind the party's presumptive presidential nominee.

"I'm not sure there's anything he could do to win me over," Navarro told host Erin Burnett. "Maybe if the Virgin Mary appeared to me and asked me to do it I would consider it -- maybe."

Burnett pointed out that, according to a CNN poll taken between July 13 and 16, 44 percent of Republicans wish that someone other than Trump were this year's nominee.

The "Never Trump" movement, as it is called, erupted on the Republican National Convention floor earlier in the day after it failed in its attempt to put the issue to a roll-call vote.

Navarro, who worked for Jeb Bush when he was governor of Florida, then criticized one of Trump's aides, Paul Manafort, for saying that Ohio Gov. John Kasich (R) was "embarrassing his state" for not attending the event.

"What a ridiculously stupid thing to do," she said of the remark. "Go attack Hillary Clinton. You are not running against John Kasich. Whether you like him or not, whether he likes you or not, he is the popular governor of this state, which happens to be a purple state."