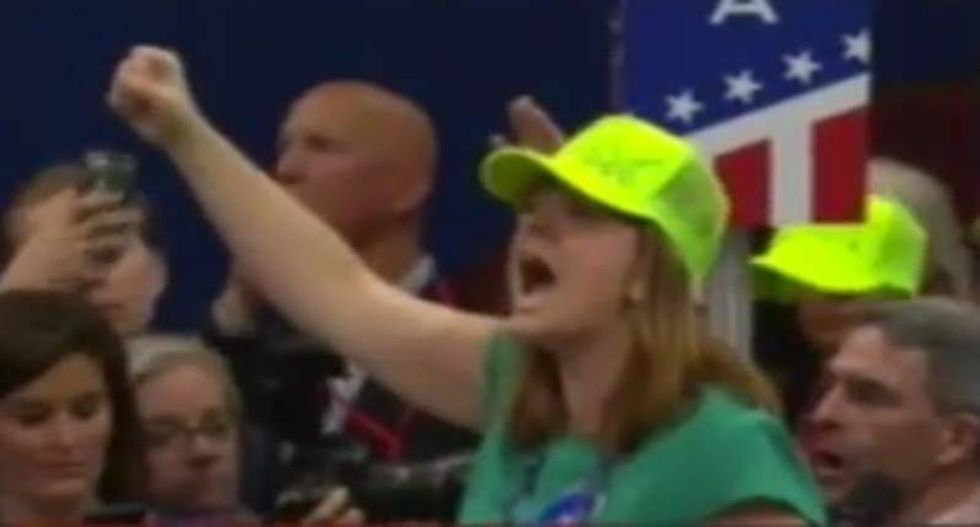 The conservative #NeverTrump faction made itself heard despite the wishes of Republican officials as the party's national convention began on Monday.

According to Kendal Unruh, one of the movement's leaders, delegates from 10 states submitted the paperwork necessary to implement a roll-call vote on the nomination of Donald Trump as the Republican presidential candidate. Footage posted from the event captured loud calls for the vote, as seen below:

"In the opinion of the chair, the ayes have it." Like hell they do. This is insane. This video is the "no's." pic.twitter.com/SwqYAPqJWz

However, the Washington Post reported that they were not recognized, effectively stifling any hopes that Donald Trump could be removed from consideration as the party's presidential nominee on a procedural basis.

Some pro-Trump delegates countered the "roll call vote" chant by either chanting the candidate's last name in response, or "U-S-A," more commonly used to drown out protesters at Republican events. At one point, as seen below, supporters of the real estate mogul raised a banner in his honor:

According to Commentary magazine's Noah Rothman, delegates from Iowa and Colorado left the floor at one point during the uproar.

Watch more footage of the protests, as posted online, below.