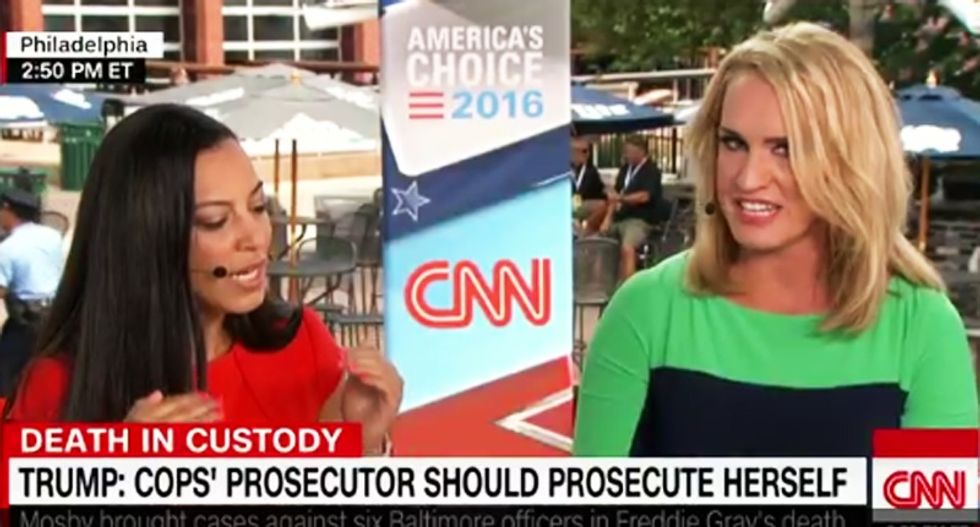 The charges were dropped against the remaining officers after the state failed to convict Baltimore officer Caesar Goodson, who drove the van where Gray was placed shackled, but not seat belted in place. Gray suffered severe, fatal spinal cord injuries as a result of the ride, and the medical examiner ruled his death a homicide.

Prosecutors argued officers purposely gave Gray a "rough ride" on the way to the police station and intentionally caused the injuries that led to his death. Goodson was charged with and acquitted of second-degree depraved-heart murder, second-degree assault, misconduct in office, involuntary manslaughter, vehicular manslaughter by gross and criminal negligence and reckless endangerment.

"He was thrown around in the back of the van, regardless of who was culpable," Rye said. "I think that we cannot continue to blame victims."

Hughes responded by saying Gray caused his own death, contrary to what the medical examiner's report said, by jumping around in the police van, even though he was shackled.

"They did put him in, they did sit him down, he's the one that got up and jumped around the thing," Hughes said. "These are the facts in the case that they presented... If you want to make this about a side of dealing with people like Freddie Gray versus law enforcement, I can assure you that I will always take, I think the majority of Americans would take [side] of good police officers."

Hughes then insisted the Gray case, which sparked weeks of protests and violence in Baltimore over police violence against the African-American community, had nothing to do with race.

Watch the exchange, as posted by CNN, here:'