Donald Trump brags that he reads even less than Sarah Palin 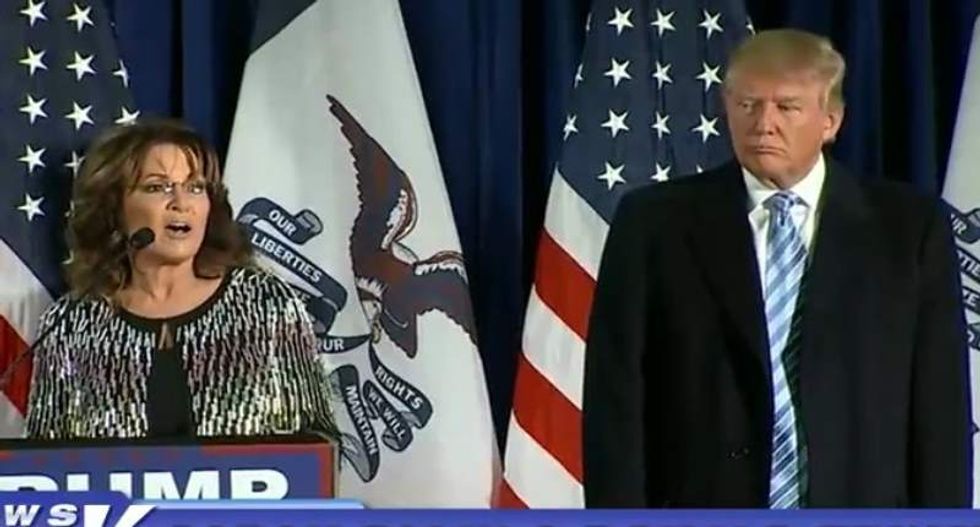 “Presidents have different ways of preparing to make decisions. Some read deeply, some prefer to review short memos that condense difficult issues into bite-size summaries, ideally with checkboxes at the bottom of the page. But Trump, poised to become the first major-party presidential nominee since Dwight Eisenhower who had not previously held elected office, appears to have an unusually light appetite for reading," the Washington Post writes.

Trump admitted that he does not need to learn what is happening in the world or read a broad spectrum of news because he always makes the right decisions “with very little knowledge other than the knowledge I [already] had, plus the words ‘common sense,’ because I have a lot of common sense and I have a lot of business ability.”

When Sarah Palin sat down for the notorious interview with Katie Couric in 2008, the two discussed what Palin read to help enhance her understanding of the world.

"When it comes to establishing your world view, I was curious, what newspapers and magazines did you regularly read before you were tapped for this—to stay informed and to understand the world?" Couric asked.

"I've read most of them again with a great appreciation for the press, for the media, coming f—" Palin answered vaguely before Couric interrupted.

"But like which ones specifically? I'm curious that you," Couric said before Palin jumped in.

Couric asked Palin to name a few specifically. "I have a vast variety of sources where we get our news too. Alaska isn't a foreign country, where, it's kind of suggested and it seems like, 'Wow, how could you keep in touch with what the rest of Washington, D.C. may be thinking and doing when you live up there in Alaska?' Believe me, Alaska is like a microcosm of America."

Palin in 2008 admitted to reading a "vast variety of sources," while Trump prefers a different route entirely.