Elizabeth Warren calls BS on Trump's VP attacks: 'I’m right where I want to be, calling you out' 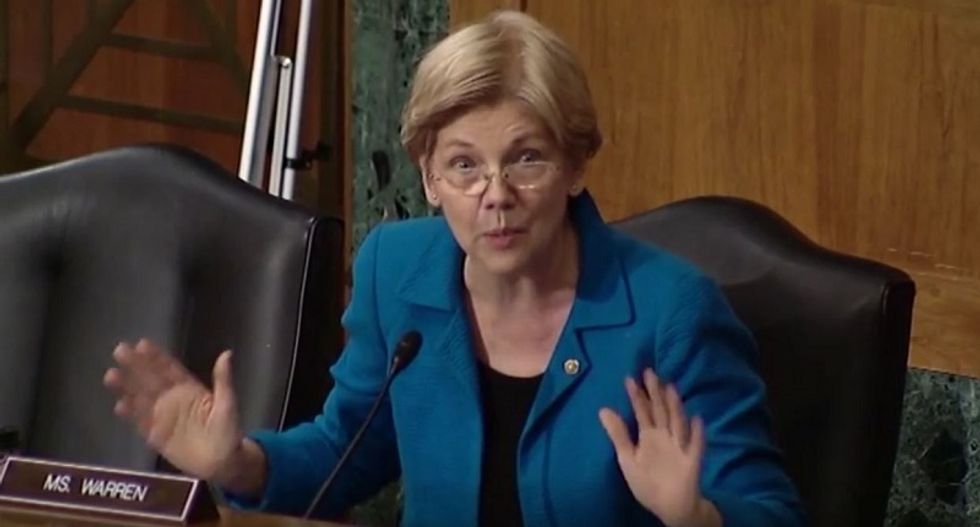 GOP presidential candidate Donald Trump heard the news about opponent Hillary Clinton's pick of Tim Kaine for the vice presidential slot and decided to go on the attack, but against who you might think.

Trump tweeted early Saturday morning alluding to Warren with his racist name for her:

Pocahontas wanted V.P. slot so badly but wasn't chosen because she has done nothing in the Senate. Also, Crooked Hillary hates her!
— Donald J. Trump (@Donald J. Trump)1469270530.0

Warren responded, showing off that she doesn't plan on backing down from getting under Trump's skin:

I’m right where I want to be, @realDonaldTrump: Calling you out & holding you responsible for your reckless vision for America.
— Elizabeth Warren (@Elizabeth Warren)1469285033.0

Trump frequently gets distracted by Warren's attacks on his business practices and financial dealings. "You're nothing but a thin-skinned bully," Warren said last week after a barrage of tweets showing examples of Trump's cases of fraud. Warren has also insulted Trump's running mate Mike Pence, saying that the two together are "two small, insecure, weak men."