Feds fear domestic terror at conventions: 'We have to be concerned about things getting out of hand' 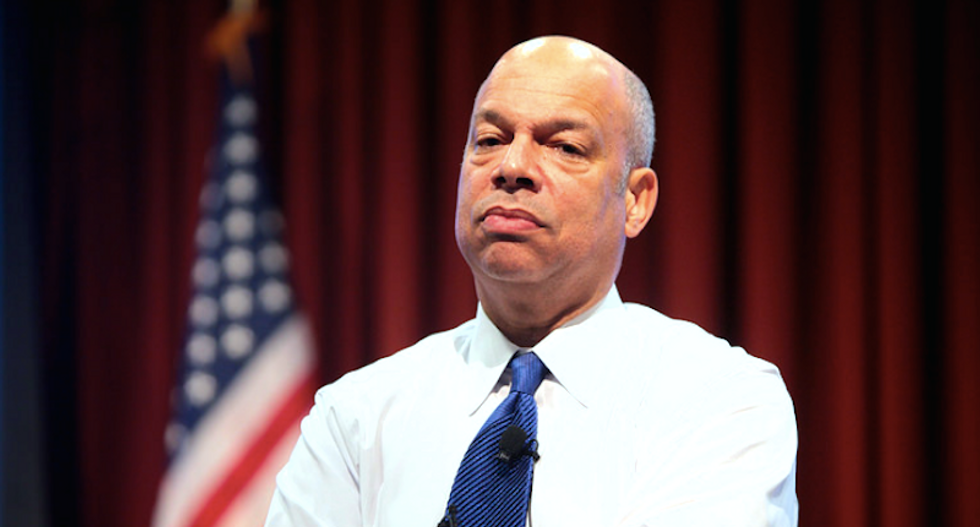 Federal authorities are deeply concerned about the possibility of domestic terrorism and other violence at this year's political conventions.

Jeh Johnson, the secretary of Homeland Security, told lawmakers Thursday that his department planned to deploy about 3,000 security agents to the Democratic and Republican national conventions this month, reported Politico.

Rep. Mike McCaul (R-TX), the chairman of the House Homeland Security committee, asked Johnson and other national security officials what how they planned to respond to "fringe groups" that had urged followers to bring weapons to the conventions in Cleveland and Philadelphia.

Johnson told the hearing that personnel from the Secret Service, Transportation Security Administration, Homeland Security Investigations, Customs and Border Protection, the National Protection and Programs Directorate and the Coast Guard would help provide security at the events.

He said security officials will respect Ohio's law permitting the open carry of firearms, but he admitted that would complicate their efforts to keep participants safe.

“That obviously is something that someone — under state law, and I suspect the Second Amendment — has a right to do, but it does present a challenging situation, very plainly,” Johnson said.

He said anyone who brings firearms to the conventions would be kept away from most of the other demonstrators and participants.

“There’s a certain level of First-Amendment-protected activity that is guaranteed to demonstrators at national political conventions that will be confined," Johnson said. "It will be roped off in an isolated area, but it is something that will have a lot of security devoted to."

“The definition of domestic terrorism is someone who engages in acts of violence directed against other people in order to coerce a civilian population or try and coerce a government," Comey said. "So any time there’s a national spotlight on a political event in the United States, there’s a risk that groups that aspire to do just that — to engage in acts of domestic terrorism — will be attracted."

He said the FBI had devoted hundreds of investigators to seek out and examine possible threats to the GOP convention.

"I don’t want to talk about particular groups here, but there is a concern, any time there is an event like this, that people from across the spectrum of radical groups will be attracted to it,” Comey said.

The TSA will send some of its agents to help the Secret Service at the convention sites, and they would also boost staffing at the two major airports at both locations.