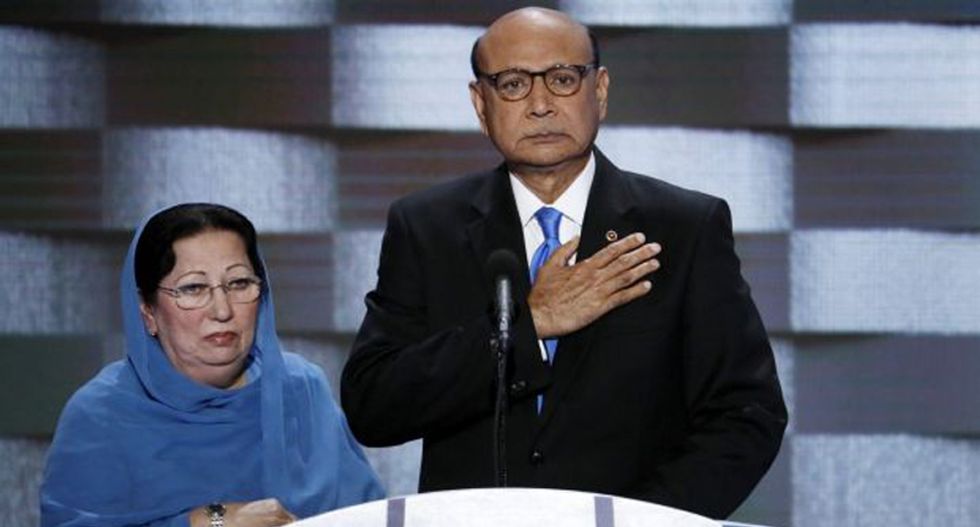 Conservative writer and professional provocateur Ann Coulter may have finally gone too far Thursday night after mocking the Muslim father of a U.S. Army captain who died while saving ten of his fellow soldiers in Iraq in 2004.

After relating the tale of his son's heroism in sacrificing his life by stopping a suicide bomber, Khizr Khan launched a devastating attack on Trump.

“Hillary Clinton was right when she called my son the best of America. If it was up to Donald Trump, he never would have been in America,” he said. “Donald Trump consistently smears the character of Muslims. He disrespects other minorities, women, judges, and even his own party leadership. Donald Trump loves to build walls and ban us from this country.”

Addressing Trump directly he said, “Let me ask you, have you even read the U.S. Constitution? I will gladly lend you my copy," before adding, "You have sacrificed nothing!"

Khan's attack on the GOP nominee triggered unabashed Trump supporter Ann Coulter, who tweeted: "You know what this convention really needed? An angry Muslim with a thick accent like Fareed Zacaria."

You know what this convention really needed? An angry Muslim with a thick accent like Fareed Zacaria.
— Ann Coulter (@Ann Coulter)1469755195.0

Coulter's reference was misspelled and in reference to CNN host Fareed Zakaria.

Her ugly smear set off conservatives, including longtime friend and editor John Podhoretz who admitted, "I'm ashamed ever to have known you."

Ann Coulter's comment on the father of the Brave Muslim American soldier who died a hero proves she's nothing but a vile, irrelevant plebe.
— Sawsharee (@Sawsharee)1469793061.0

Needless to say, non-conservatives didn't think much of her comment either.

Please note that universal respect for the lovely Muslim parents EXCEPT FOR HATEFUL ANN COULTER..can we now get rid of her presence on TV?
— susan silver (@susan silver)1469793970.0