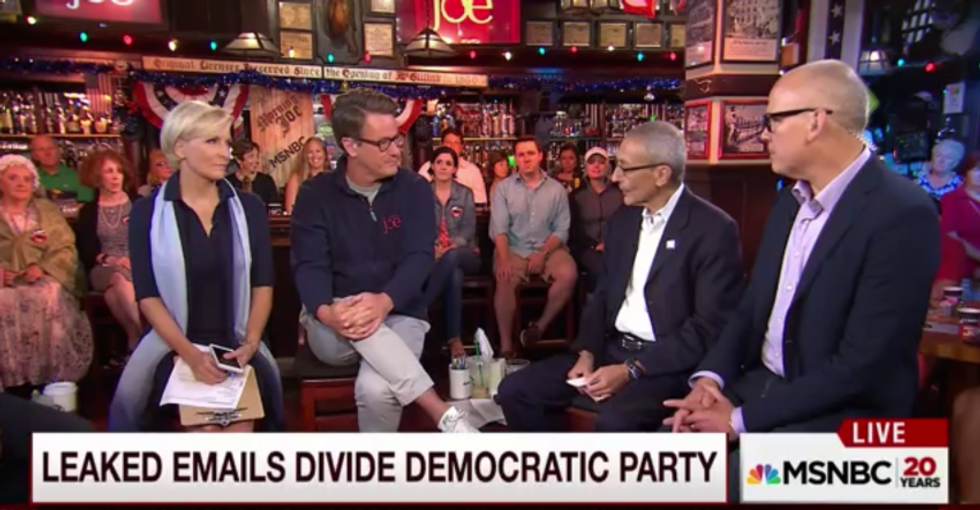 There's been no smoking gun yet, but there is lots of evidence that a Trump presidency would be a great boon to Putin's ambitions, particularly Trump's plan to abandon NATO allies if they don't pay the United States more money.

Talking on Morning Joe on Monday, Hillary Clinton Campaign Chairman John Podesta said that even if Putin wasn't responsible for hacking and leaking the Democratic National Committee's emails over the weekend to help Trump, it's clear that there's mutual affection between Trump and Putin.

"What we have is a kind of 'bromance' going on between Putin and Trump, which is distinct from this leak," he said. "And we have the Republican Party platform moving back, saying they won't defend NATO allies."

Co-host Joe Scarborough then pointed to Trump's "extraordinary" interview with the New York Times last week where he said that he wouldn't protect Baltic NATO countries from a Russian invasion unless they paid what he deemed to be a sufficient amount. Mika Brzezinski also chimed in and called the connections between Trump and Putin "frightening."

For his part, Trump this morning dismissed any talk that Putin was helping him win the general election, although he did still boast that "Putin likes me."

The new joke in town is that Russia leaked the disastrous DNC e-mails, which should never have been written (stupid), because Putin likes me
— Donald J. Trump (@Donald J. Trump)1469446282.0