Last night's best DNC speech is the one no one is talking about: Iraq war widow destroys Trump U 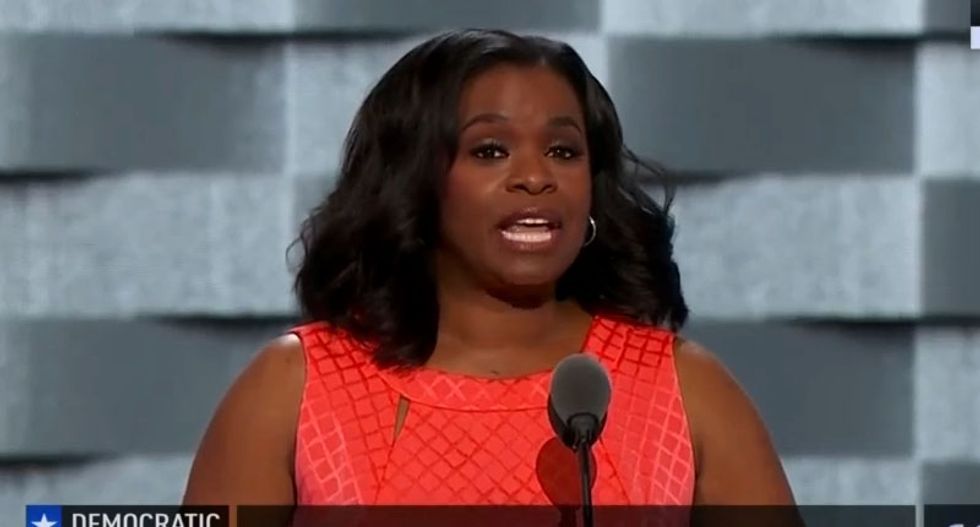 The cognitive dissonance over evangelical Christians' support of Donald Trump was best exemplified at last night's DNC when Cheryl Lankford, a war widow and Trump University victim, stood up before the convention and admitted how ashamed she had felt when Trump deceived her.

Any Christian evangelicals who had forgotten what scriptures command about the treatment of widows and orphans should have felt a flood of guilt at their support for the man who bilked thousands out of millions of hard-earned dollars.

Lankford exposed herself to the crowd right from the beginning, her vulnerability for all to see: "When you lose a spouse, you know that your life will change forever. You know that it won’t be easy. But I didn’t expect that on top of grieving the loss of my husband and trying to take care of my baby, I would also be the victim of a scam," she began.

She explained how she had used her widow's benefit after her husband's death while serving his country in order to try to better her life. But more than ripping her off, "By conning me out of the money the military gave me after my husband died, I felt like Trump University was disrespecting Jonathan’s memory."

Lankford confessed that Trump's betrayal had embarrassed her, and being left without money had also infuriated her and made her scared for her future. But worse was her anger at what Trump did to others -- the most vulnerable people in our society: military widows, the elderly. And Donald Trump sucked them in because he told them that they could find financial security if they followed his instructions.

The most powerful part of her speech was when she openly questioned the character of the man who wants to be president: "Here’s a guy who was born rich and who has all the money in the world and there’s nothing wrong with that," she said. "In fact, I signed for Trump University because I thought I could learn something from him. But when he decided to make himself even richer by cheating working people who had nothing to spare. What kind of a man does that?"

Lankford reminded many of Maggie Kuhn, who founded the Gray Panthers, a group of senior citizens who came together when the poor benefits seniors were receiving led to many subsisting on cat food and other offal. Kuhn never claimed to be a public speaker, but she told people that they had to "speak your mind, even if your voice shakes." Cheryl Lankford did that last night.

"It’s not easy for me to get up here and tell my story. For a long time, I didn’t tell anybody, not even my family or my friends. But I’m here because America deserves to know the truth. This election isn’t about Democrat versus Republican; it’s about right versus wrong. It’s about someone who helps ordinary people no matter what it takes versus someone who helps himself no matter who it hurts. Donald Trump made big promises about Trump University, and I was fooled into believing him."

Watch her speech below: