#LogoFail: Trump/Pence campaign scrubs “screw you” branding after one day of massive ridicule

After a day of ridicule for a poorly designed Trump/Pence campaign logo that launched a thousand memes, the Trump campaign deleted the design from their official website overnight.

Following the Twitter announcement of Indiana Gov. Mike Pence as businessman Donald Trump's choice of a running mate should he still be given the GOP presidential nomination, the logo was unveiled online and immediately became the object of derision.

With some commenters noting the T&P styling and comparing it to dangling toilet paper coming off a roll, others pointed out the penetration of the Trump 'T' into the Pence 'P' had a disturbing sexual connotation that became the subject of much mirth.

The revamped Trump website no longer features the logo -- or even a picture of Pence -- opting for a large photo of presumptive GOP presidential nominee Donald Trump with his original campaign slogan "Make America great again."

The awkwardly designed Trump/Pence logo is also nowhere to be found on the Republican National Committee's website. 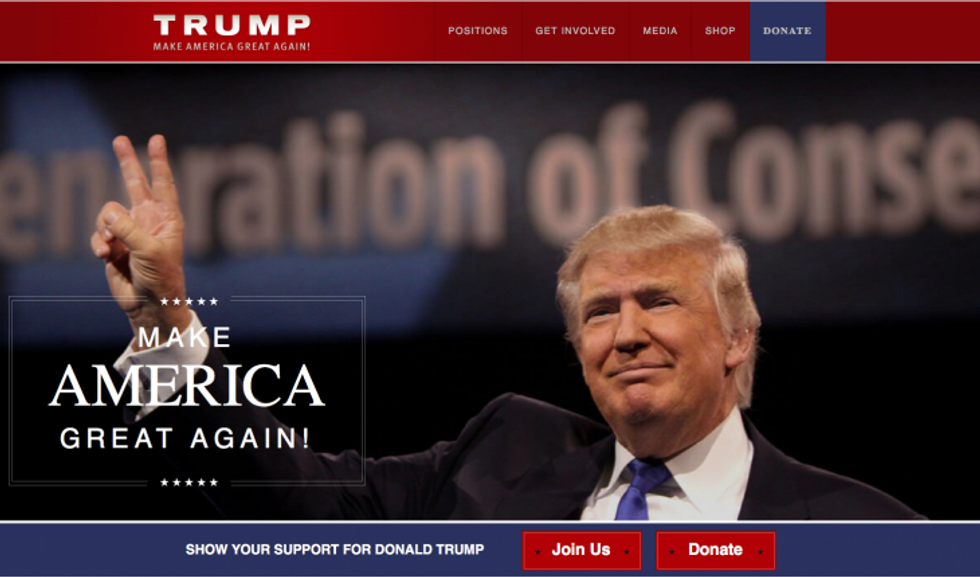