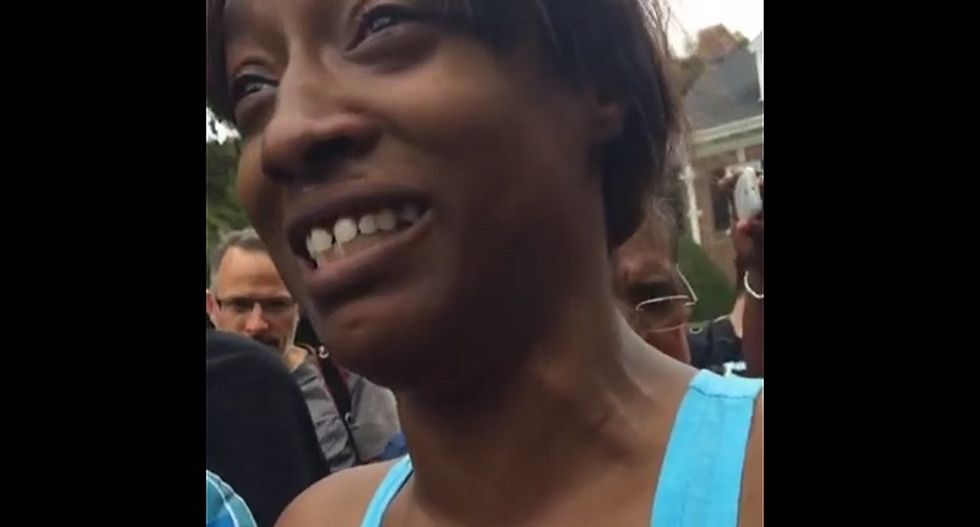 Diamond Reynolds, the woman who streamed the aftermath of her boyfriend's shooting death at the hands of Minnesota police live on Facebook, said Philando Castile lay dying in the car and no one came to his aid, according to a testimony on Facebook Live.

Reynolds said she posted the video so people would see what happened. She said Castile worked for a school in St. Paul and had just gotten his hair done for his upcoming birthday. The couple had been grocery shopping when they were stopped by an officer for a broken tail light.

Reynolds said Castile was reaching for his wallet to get his identification, as the officer had asked. She also said Castile told the officer he was carrying a gun, which he was licensed to have. She said the officer opened fire on him even though he was not threatening them.

She sobbed as she recounted what had happened, and talked about the need to unite to stop police officers from killing innocent people.

"He was licensed to carry," she said in the haunting video. "And as he was reaching for his ID in his back pocket, the police bear arms. The police officer stopped us for a busted tail light that was not busted. They pulled us over on the side of the road and asked for license and registration. As he was reaching for his license and registration, he told the officer that he was licensed to carry and [had a firearm]... The police took four or five shots at him for no reason."

She said her daughter was in the car and witnessed the entire incident.

"The police did this to me," Reynolds sobbed.

Reynolds then said she was taken to jail and separated from her 4-year-old child. She said they were not fed or given water even though they were held for hours, and police "treated me like a prisoner."

Reynolds described Castile as a "hard-working man" who worked at J.J. Hill Montessori School and was looking forward to celebrating his 35th birthday.

"It's not fair and it's not right," she sobbed.

Watch the video, as streamed live on Facebook, here: