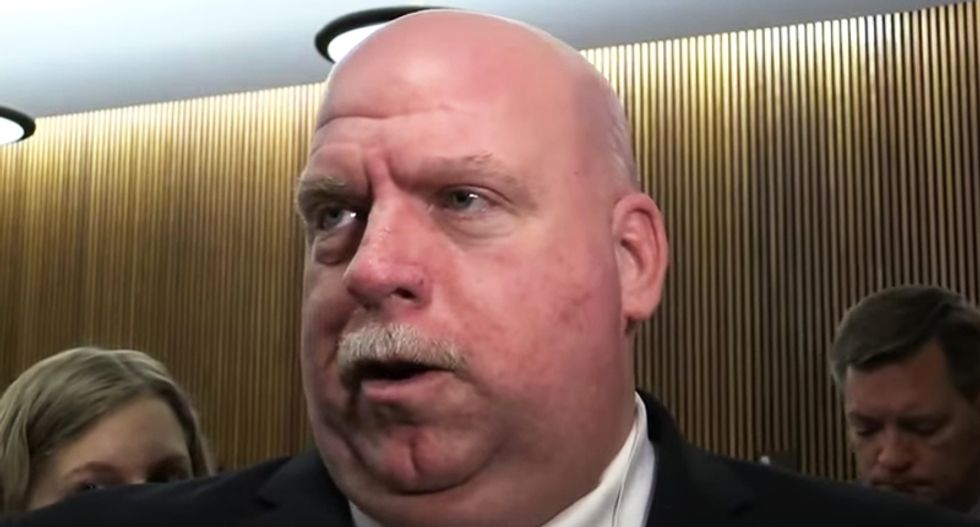 Before all of the facts were even in following the shooting deaths of three Baton Rouge policemen on Sunday, the head of Cleveland Police Patrolmen's Association blamed President Barack Obama for the spate of cop killings.

Detective Steve Loomis, who made national headlines when he called 12-year-old Tamir Rice "menacing" after the pre-teen was gunned down in 2014 by a fellow Cleveland cop, was quick to get on the phone with Fox News and tell the country that Obama has "blood on his hands."

"Absolutely heart-wrenching watching what is going on in Baton Rouge right now," Loomis stated. "And the reasons behind it. You know this all began -- the Dallas police officers being ambushed and murdered. Baton Rouge, this looks like the same thing. This all began with a 911 call from an African-American male saying another African-America male was pointing a gun at him."

Loomis then blamed the shooting on Obama.

"The president of the United States validated the false narrative and the nonsense that Black Lives Matter and the media are pressing out there to the public. Validated it with his very divisive statements and now we see an escalation," he claimed. "This has got to end. We need some leadership in this country."

When it comes to leadership, Loomis has a history of standing up for cops who shoot unarmed blacks, including Rice who was playing with a toy gun in a Cleveland park only to be shot and killed by officer Timothy Loehmann within two seconds after he opened the door of his police cruiser.

Loomis also defended Cleveland police officer Michael Brelo after he stood on the hood of a car containing unarmed African Americans Malissa Williams and Timothy Russell and fired 47 shots through the windshield that resulted in their deaths. Brelo was later acquitted by a judge who stated that he had acted reasonably in the shooting.