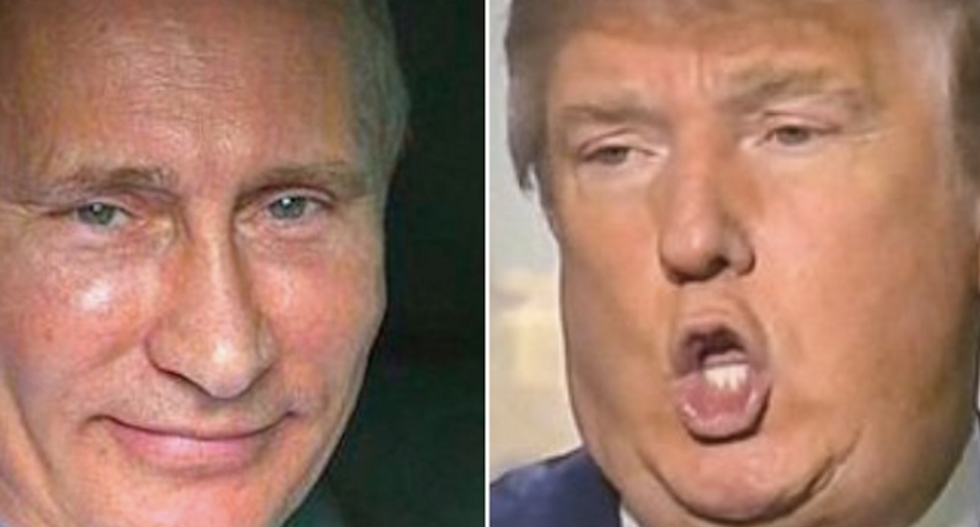 The suspected Russian hack of the Democratic National Committee is part of a broader cyber campaign against the U.S. -- which may include efforts to elect Donald Trump.

The FBI is investigating the DNC hack, which resulted in the ouster of party chair Debbie Wasserman Schultz and raised tensions among Democrats heading into this week's convention.

This comes as concerns have been raised about Trump and his campaign's friendly relationship with Russia and its president, Vladimir Putin, and Hillary Clinton's campaign manager has suggested that the Republican platform was changed to "make it more pro-Russian."

One reporter who has written extensively about Russia's cyber warfare efforts has warned for months that the former Soviet Union appears to be actively invested in getting Trump elected to weaken the U.S.

Adrian Chen reported in June 2015 in the New York Times Magazine about Russia's "troll factory," where online commenters spread disinformation and pro-Kremlin propaganda on social media and other websites.

Those efforts range from anti-American or pro-Russian comments left on news sites to sophisticated hoaxes -- such as phony reports, including bogus videos and photos, about a Sept. 11, 2015, terrorist attack on a Louisiana chemical plant.

"One thing that the Russian propaganda always focuses on are any kind of unrest or social problems or disasters in the United States to prove, you know, that the United States isn't all that, that we have our own problems and why are we lecturing Russia?" Chen told NPR. "Why are we sanctioning Russia? And I can only assume that maybe this is an attempt to take that strategy further, not just report on this, but actually manufacture this."

Months after reporting on those campaigns, which he described as "information warfare," Chen began to notice something odd about many of the online accounts he had followed during his research.

"A very interesting thing happened," Chen said during a December podcast with Longform. "I created this list of the Russian trolls when I was researching, and I check on it once in a while, still. And a lot of them turned into conservative accounts, like fake conservatives. I don't know what's going on, but they're all tweeting about Donald Trump and stuff."

Chen said he couldn't determine who was behind those pro-Russian online accounts posing as American conservatives, but he has some idea what motivated them.

"I feel like it's some kind of really opaque strategy of electing Donald Trump to undermine the U.S. or something -- like (a) false flag kind of thing," Chen said. "You know, that's how I started thinking about all this stuff after being in Russia."