Regretful Trump tried to back out of Pence pick during midnight phone call to aides: report 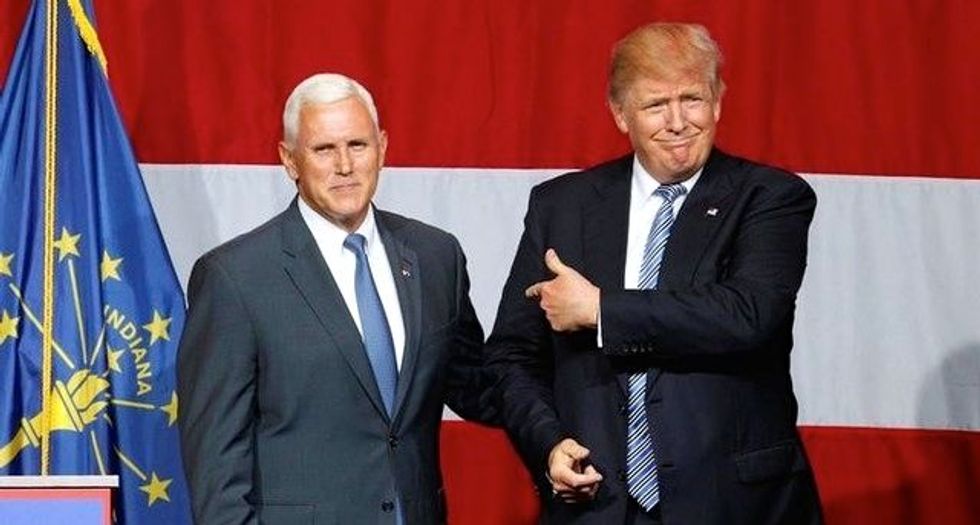 CNN's Dana Bash reported Friday that GOP candidate Donald Trump was uncertain about his selection for vice presidential running mate -- so much so that he asked his aides at midnight whether there was any way to avoid it.

Trump took the unprecedented step of suddenly announcing that Indiana Gov. Mike Pence would be his running mate on Twitter -- with what seemed like little forewarning to his campaign team. The announcement came after Trump had promised to make it over the weekend, out of respect for victims of the truck attack in Nice, France on Thursday night.

Scoop: @realDonaldTrump was so unsure about @mike_pence that around midnight last night he asked top aides if he could get out of it
— Dana Bash (@Dana Bash) 1468604454.0

A spokesman for Trump's campaign insisted the story was false:

Sources tell me @realDonaldTrump was on phone till midnight making calls, asking if he could change course on VP pick
— Kelly O'Donnell (@Kelly O'Donnell) 1468606929.0

The announcement was the rather deflated culmination of the show Trump had made of selecting a running mate. The New York Times described it as reminiscent not of a political campaign but "a late-season episode of a television dating show, in which various suitors meet the family of their prospective spouse, in a taxing final test of compatibility and commitment."

Trump's announcement seemed to catch his staff, and even Pence, off guard. Pence announced he had accepted Trump's proposal on Twitter as well -- falling far short of the fanfare the announcement is usually given.