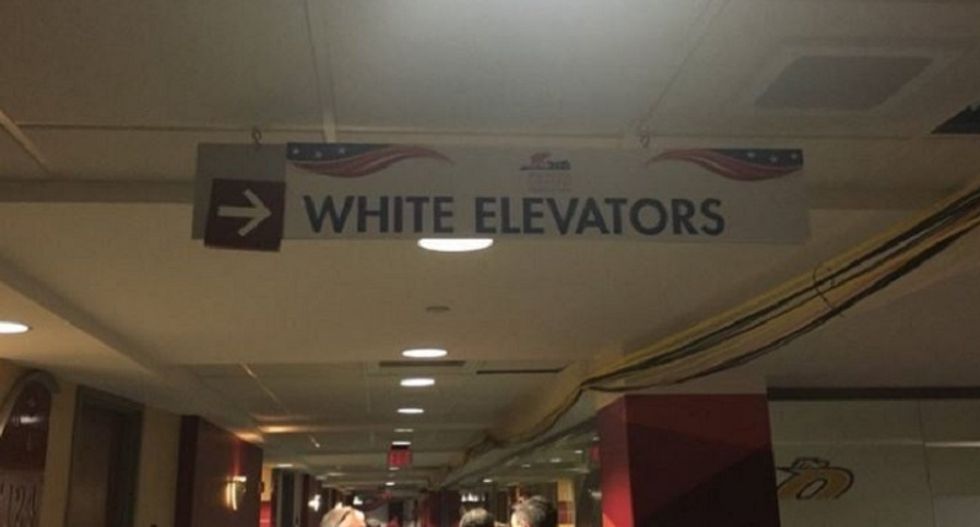 At best, it's an Oscar-level performance in tone-deafness.

Tau is in Cleveland, along with many reporters, gearing up for the Convention. The signs, meanwhile, are being frantically replaced.

"I'm told it's being replaced for obvious reasons," Tau tweeted.

The discovery comes amid controversy swirling around the GOP's presumptive nominee, Donald Trump, who has espoused what critics have called racist views. Trump has won the support of white supremacists with his rhetoric against immigrants from Mexico, Muslim and Jewish people.

His political rallies have also been racially-charged spectacles where black demonstrators were roughed up, threatened or beaten by white Trump supporters.

The Daily News likens the signs to Jim Crow-era notices informing Black Americans they could not use the same facilities as white people due to segregation laws.