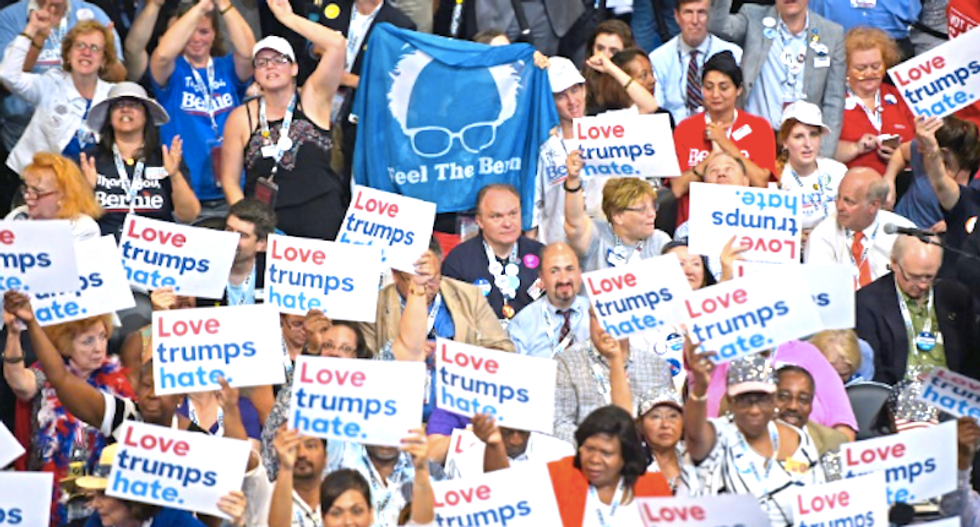 Bernie Sanders supporters booed and chanted throughout the opening day of the Democratic National Convention -- but many Twitter users noticed something about those noisy interruptions.

Am I imagining it or is there more booing and heckling when black speakers are on stage? #DemsInPhilly
— Sean Ehrlich (@Sean Ehrlich) 1469498281.0

Bern bros chanting "we trusted you." Why is it they seem to mostly chant over black & female speakers #DemsInPhilly
— lars von trash (@lars von trash) 1469500054.0

Pay attention to who they picked to open up the convention. BernieBros are playing themselves by booing black, Hispanic and gay speakers.
— Ragnarok Lobster (@Ragnarok Lobster) 1469480282.0

When a black man, who is a civil rights hero, is talking about civil rights, maybe shut the fuck up for five minutes about the TPP.
— Wil Wheaton (@Wil Wheaton) 1469482668.0

@JessicaValenti I was expecting this as the Busters were shouting loudest at Black speakers earlier :O
— Señorita Rocío (@Señorita Rocío) 1469500731.0