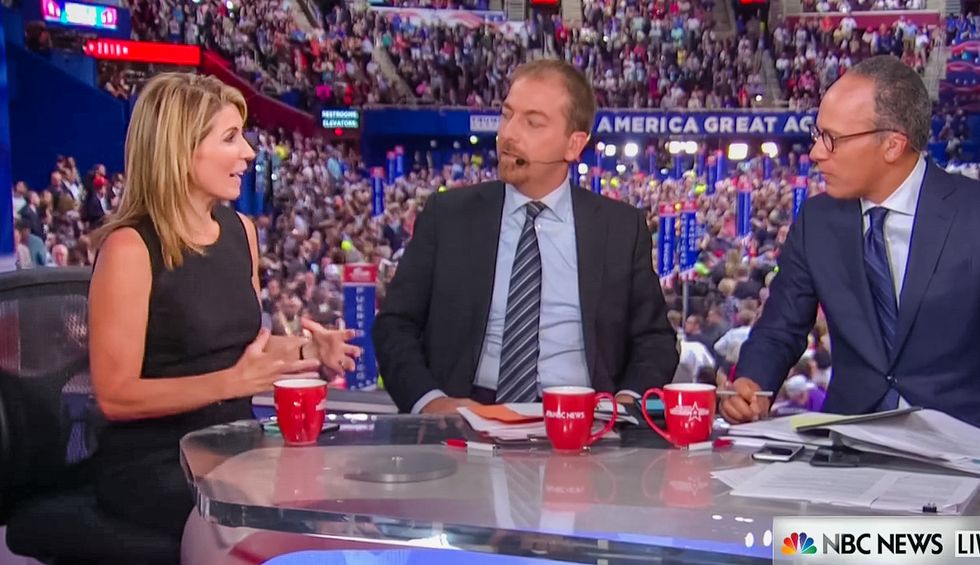 Wallace, who served on Sen. John McCain's 2008 campaign, spoke candidly as Trump wrapped up his acceptance of the Republican nomination for president and embraced his family on the stage Thursday night.

"You know, listening to this, I was struck by two things that I always believed during my two decades in the Republican politics," she explained to NBC's Lester Holt. "One, the voters always get it right. And two, the Republican Party that I worked for for two decades died in this room tonight."

"We are now represented as a party by a man who believes in protectionism, isolationism and nativism," Wallace continued. "And those are the forces that George W. Bush and, I belive, John McCain were most worried about during their times as the leaders of the Republican Party."

"Well, the voters picked this guy, this is where the Republican Party is now," Wallace replied. "They now are attracted to those forces of isolationism and protectionism."

"But the party I was part of for two decades is dead."

Watch the video below via NBC.