The RNC summarized: Attacks without solutions and crankiness without hope 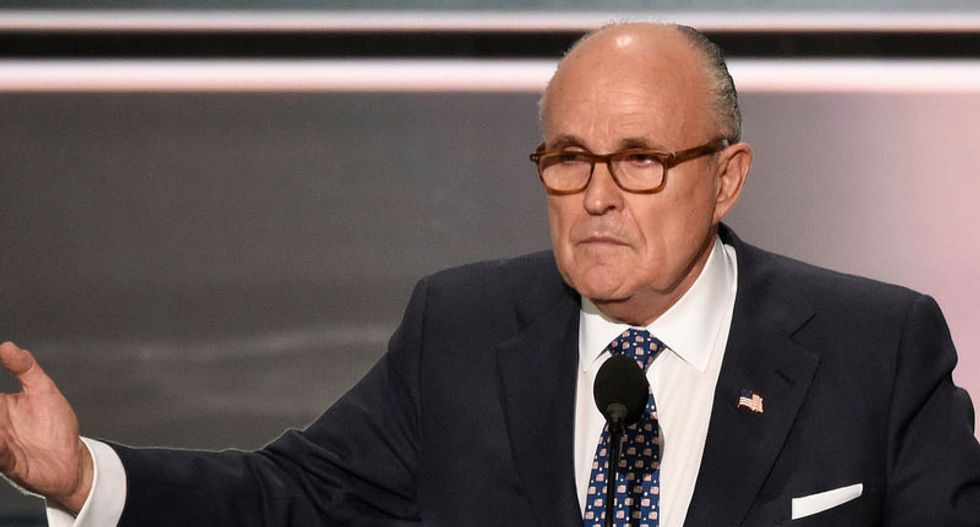 Oh dear. Watching C-SPAN and waiting for Tuesday’s roll call confirming Donald Trump’s nomination to begin, the house band there in the hall, led by GE Smith, formerly of Saturday Night Live, played covers of The Temptations’ “I Can’t Get Next To You” and other golden oldies. Many rhythm-impaired white people were dancing in the aisles and stands, a lot of them badly. And they kept doing it every time there was a lull in the action and the music started up again, like a high school 50th reunion run amok.

That this whole GOP event feels somehow out-of-step seems appropriate. If there is a word for this convention so far it might be “soulless,” as if the zombies of The Walking Dead suddenly were in a position to vote, make speeches, influence policy decisions — and dance.

To this crowd, behind every silver lining there’s a dark cloud, the meeting possessed of an innate crankiness reminiscent of the next-door neighbor who wants you off his lawn and won’t give you back your ball when it strays onto his property.

Their hero is Trump and their No. 1 nemesis is Hillary Clinton, rapidly followed by the suspiciously calm and thoughtful Barack Obama. Among their other archenemies, according to brain surgeon and former presidential candidate Ben Carson, is the devil himself.

Carson started off on a tear at the convention Tuesday night against the late community organizer and activist Saul Alinsky, a tired ploy Newt Gingrich tried too, when he unsuccessfully ran for president in 2012. Although neither Clinton nor Obama personally knew Alinsky, both have pointed to him as a hero.

Carson then segued to the Evil One, the demon dedicated to Making Hell Great Again. Apparently not understanding Alinsky’s sardonic sense of humor — or the notion of irony — Dr. Carson pointed to the dedication in Alinsky’s book Rules for Radicals: “Lest we forget, at least an over the shoulder acknowledgment to the very first radical: from all our legends, mythology and history (and who is to know where mythology leaves off and history begins — or which is which), the very first radical known to man who rebelled against the establishment and did it so effectively that he at least won his own kingdom — Lucifer.”

Sounding a bit like Dana Carvey’s Church Lady, Carson declared, “This is a nation where every coin in our pockets and every bill in our wallet says ‘In God We Trust.’ So are we willing to elect someone as president who has as their role model somebody who acknowledges Lucifer?”

Oh Ben, the zombies got you, too.

Tuesday’s theme was supposed to be Make America Work Again, not that you would have known from the prevailing anti-Clinton vitriol. For the consistency of its mud-throwing, hateful tone, it was, The Atlantic’s James Fallows tweeted, the ugliest convention rhetoric he could remember.

There was New Jersey Gov. Chris Christie turning his speech into a prosecutorial harangue before a kangaroo court of thousands who chanted “Lock her up!” as the former US attorney listed Clinton’s alleged, all-too-familiar crimes: email, Syria, ISIS and Libya, with Boko Haram, China and Cuba thrown in for good measure. “Guilty or not guilty?!” he yelled after each charge. And every time, the crowd hollered back, “GUILTY!”

“We didn't disqualify Hillary Clinton to be President of the United States, the facts of her life and career disqualifies her. We in this hall agree with all of this,” Christie said, although as Nick Confessore of The New York Times noted during the paper’s live streaming of the festivities, “Kind of necessary to point out that between Christie and Clinton, only one of them still faces federal investigation. And it’s not Clinton.”

House Speaker Paul Ryan seemed to be the only one on Tuesday whose speech at least tried to deal with the evening’s purported theme and the American crisis of income inequality and unemployment. But even this was simply a rehash of tired and worn ideas without real solutions:

“We offer a better way for dealing with persistent poverty in this country,” he said, “a way that shows poor Americans the world beyond liberal warehousing and check-writing, into the life everyone can find with opportunity and independence, the happiness of using your gifts and the dignity of having a job. And you know what? None of this will happen under Hillary Clinton. Only with Donald Trump and Mike Pence do we have a chance at a better way.”

That “better way” notion is a phrase you’re hearing a lot from the Republicans, and appropriately, it comes at a time when plagiarism seems to have become one of the true running themes of this convention. Because “a better way” was the campaign slogan of Robert Redford’s character Bill McKay, a Democrat running for the US Senate from California in the 1972 movieThe Candidate.

At one point in Jeremy Larner’s excellent screenplay, after one too many stump speeches, McKay loses it and blathers a scrambled version from the back of his limo: "The time has passed… got to be a better way. I say to you… can't any longer, no, can't any longer play off black against old, young against poor. This country cannot house its houseless, feed its foodless." Ryan was channeling him Tuesday night.

Here’s another golden oldie from the '70s that the GOP could, ahem, borrow: "nattering nabobs of negativism." That’s a phrase White House speechwriter William Safire drafted for then-Vice President Spiro Agnew in a 1970 speech that attacked the media. “They have formed their own 4-H Club,” Agnew continued, “the ‘hopeless, hysterical hypochondriacs of history.'”

Feel free to use it, Republicans, but only to describe yourselves and while remembering that the cause of plagiarism is a lack of original thought. Or just shut up and dance.