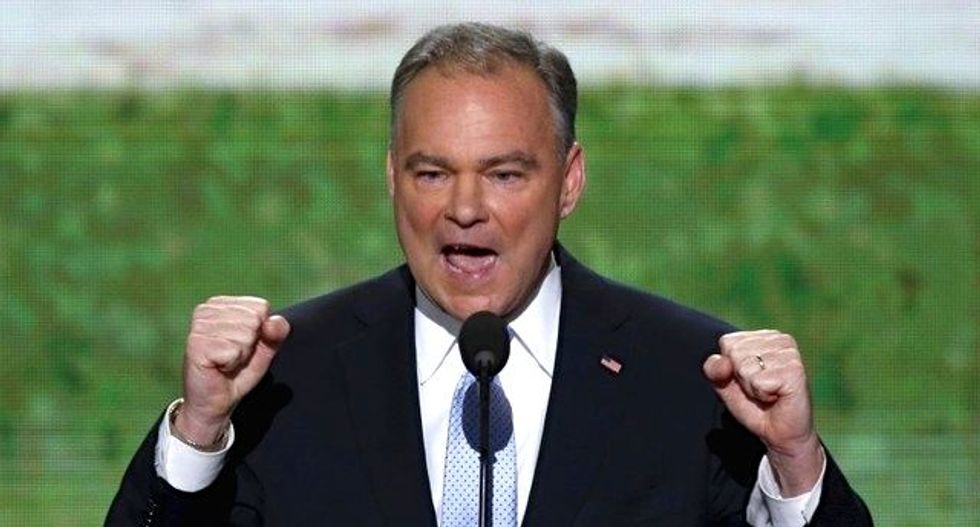 Tim Kaine is fluent in Spanish, and that means he can go on popular Spanish-speaking network Telemundo to deliver the Clinton campaign's message to viewers.

And his message right now is the following: Donald Trump thinks you're second-class citizens.

During an interview that aired on Monday morning, Kaine said that "to Trump, Latinos are second-class people, while to us, we are all Americans."

Kaine also pledged to get immigration reform done after the Republican House of Representatives killed it after it passed the Senate with overwhelming support.

Kaine also noted that importance of Latino voters in general and estimated that between 27 million and 28 million will be eligible to vote in this election.

Kaine's ability to speak Spanish was a key consideration of Hillary Clinton's decision to pick him as her vice-presidential nominee, as he will likely serve as a liaison to the Latino community during the campaign. Donald Trump's outreach to Latinos, in contrast, has consisted of eating a taco bowl.