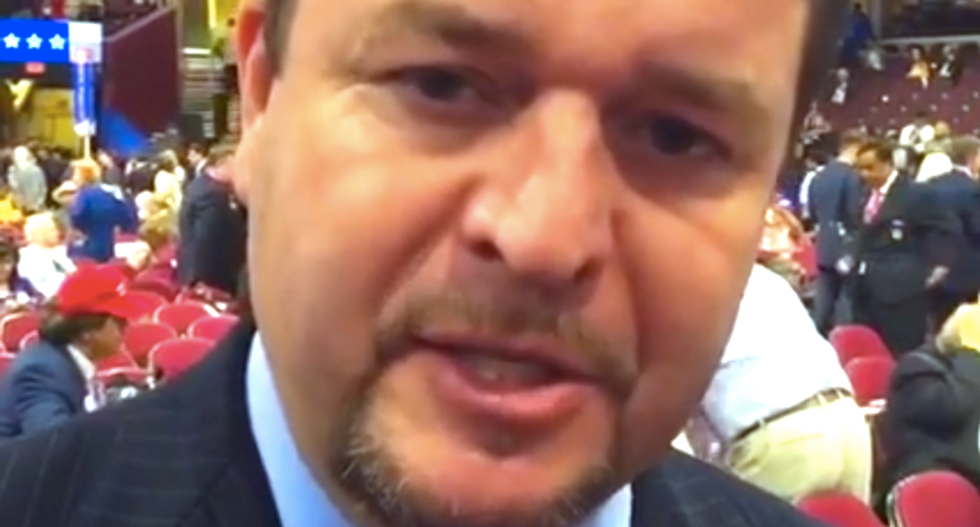 An Arkansas lawmaker berated another delegate Thursday at the Republican National Convention over her unenthusiastic support for Donald Trump.

Rapert, who thinks Republicans should rally around the presidential nominee, later complained that he was "accosted" by another delegate.

But that delegate, Everett, said he was only stepping in after Rapert bullied another Colorado delegate, state Rep. Lori Saine.

Everett pointed out that he and Saine were part of a conservative Christian coalition in the Colorado statehouse.

He became concerned about Saine's safety the longer the confrontation dragged on.

“Lori doesn’t back down, but you could see her body language, kind of leaning back, trying to get some distance," Everett said. "I've never seen her do that.”

So he told Rapert that his behavior was "inappropriate," especially considering that Saine was a woman "half his size."

"Lori's a very devout Christian and can match anybody scripture for scripture," he said. "It was clear that he was not used to getting challenged, that he was used to getting his way and trying to overpower people verbally. Somebody who is half his size was challenging him and he started getting in her face, leaning in, and trying to get her to back down and yell over her. It was horrible. If you're raised as a gentleman, it's not something you do."

Rapert, however, dismissed the allegations as "funny."

“Nutshell: Overzealous #NeverTrump delegate accosts me. Same group that stormed out of convention. I'm for beating Hillary. The end,” he posted on his Twitter account. “I don't put up with bad manners from anyone -- Democrats, Republicans, reporters or NeverTrump Zealots included. #Honor.”