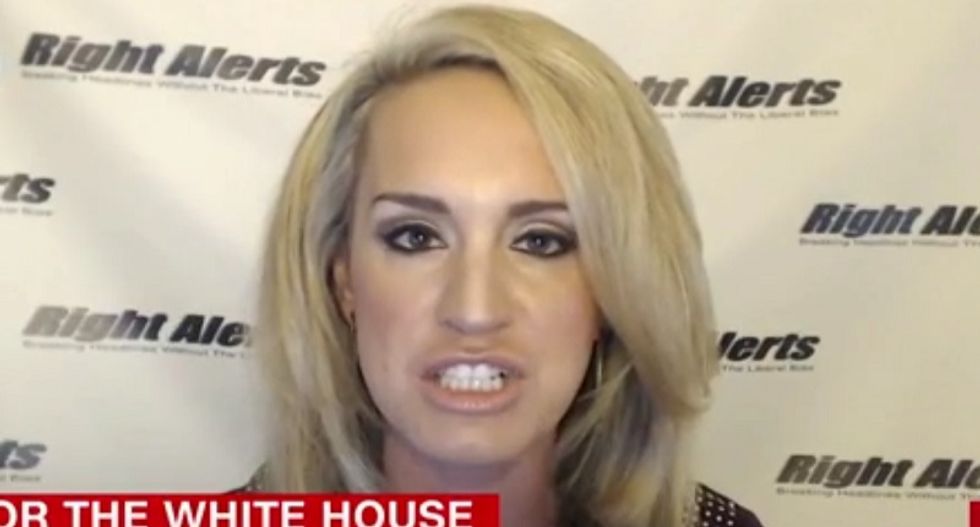 Donald Trump surrogate Scottie Nell Hughes said Sunday on CNN's New Day that Trump has been "set up" for attacks after his comments about a heroic Muslim American Army captain who died serving in Iraq.

Hughes was talking about an interview with George Stephanopoulos on ABC News, in which Stephanopoulos questioned Trump about comments at the Democratic National Convention by Khizr Khan, father of fallen soldier Humayun Khan. Khan had criticized Trump for comments saying he would ban Muslims from entering the country.

"But now that I've read the questions and the Trump campaign and others have released the full transcript, you can see what a set up this is," she said. "Which was nothing but to trap Mr. Trump going forward."

New Day host Victor Blackwell asked how Stephanapoulos asking, "What would you say to that father" was a set up. He also pointed out her reading of the transcript was inaccurate.