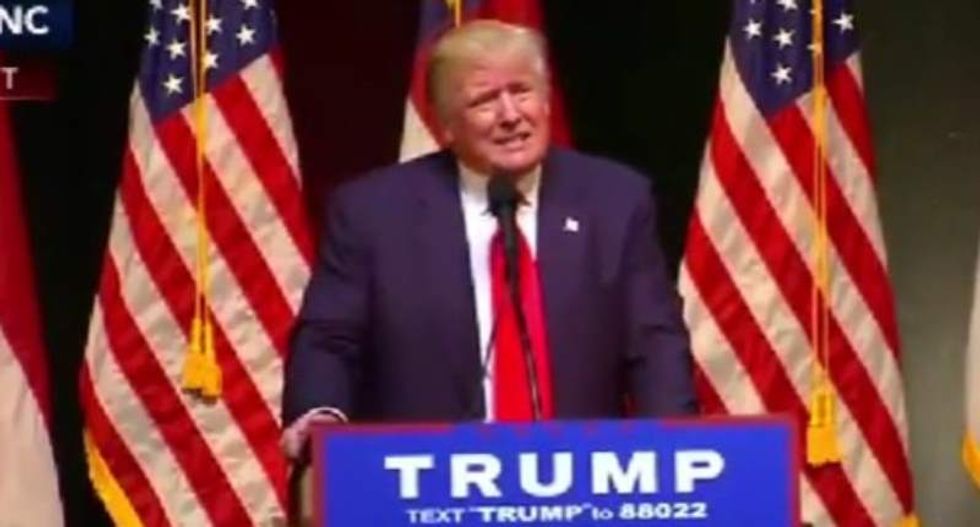 The GOP's presumptive nominee said that Sanders had the most to lose regarding the FBI's decision not to indict the former secretary of state.

The former reality TV host then told his supporters in Raleigh, North Carolina that "20 percent" of Sanders' supporters planned to vote for him in the general election.

But in reality, the Washington Post reported last week that that figure had dwindled down to 8 percent.

Watch footage from Trump's speech, as posted online, below.