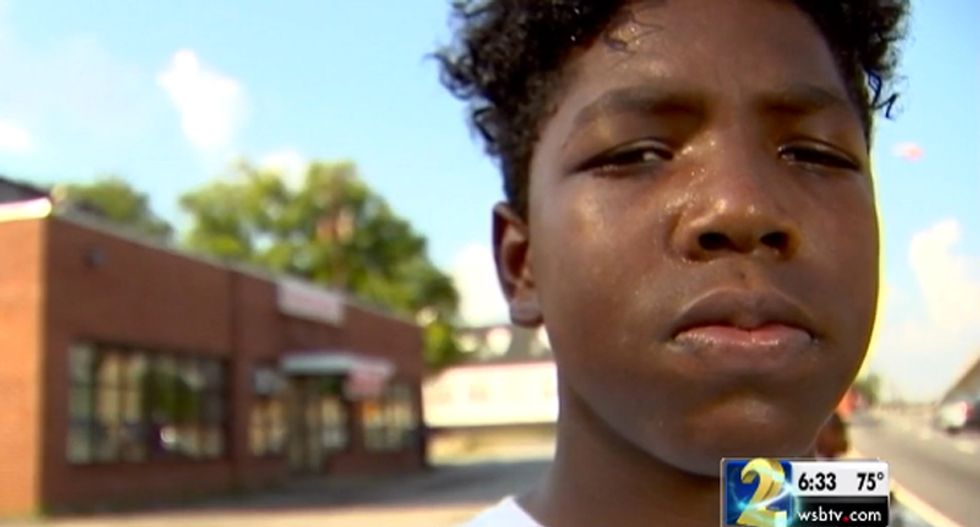 An Atlanta store clerk has been taken into custody after he accused an innocent 11-year-old black boy of stealing -- then locked him in his store and held him at gunpoint, reports the Atlanta Journal-Constitution.

Abhishek Dubey is facing aggravated assault charges after he used the automatic door locks at the Big Brother Grocery store, separating Dylan Curate from his family, and then pulled a .22-caliber handgun on him.

According to Dylan's mom, DeAngela Terriquez-Curate, "He didn't do anything wrong. He just came. I was extremely disheartened by it. That was my son, my baby."

After reviewing surveillance tape, police agreed saying Dylan did not take anything, before arresting Dubey after being summoned. Police also stated that the gun the clerk pulled was not loaded at the time.

Fellow employees at the store admitted that Dubey was wrong, but said they had a theft problem at the store and questioned why the young boy was at the store with family members at 1:30 on the morning.

"We would like for the clerk to be held accountable in a court of law," his mother said.

Watch the video below from WSB-TV: