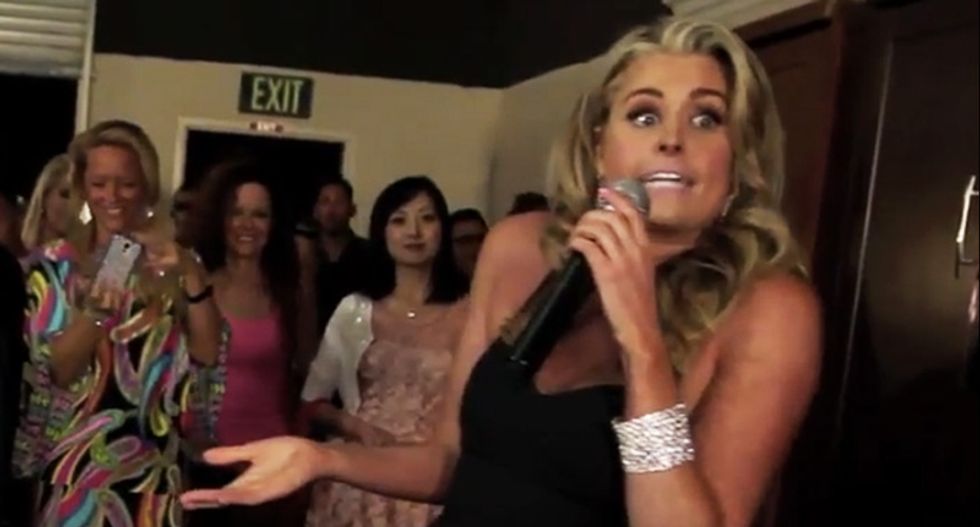 A former star on Donald Trump's The Apprentice is apologizing for a profoundly racist video she produced to market her line of beds, calling her use of an offensive and cartoonish Asian accent "self-deprecating."

Writing on her Facebook page, Jennifer Murphy , founder of Jennifer Murphy Beds, apologized for the "I Want To Be Neenja" video which she originally posted in April, but was discovered by Reddit readers this week.

"I did a song in front of a group of friends that was meant to be silly and self-deprecating, and I posted it last April and received comments from friends and strangers that it was funny," Murphy wrote. "It is obvious that I had bad judgment and didn’t understand that my attempt at humor would be seen as insensitive or mean-spirited, and I have removed the video from my channels."

"I sincerely apologize to every person that has felt pain and offence because of me, and I ask their forgiveness."

Unfortunately for Murphy, the video was saved to YouTube, where viewers can see her talking to friends and followers at her "Pink Carpet Launch Party" for her company.

Decked out in a little black dress and loads of jewelry, the former beauty queen who starred on Donald Trump's The Apprentice during season four, then launches into a horrific song about someone named "Chow" and her desire to become a "neenja," to the delight  of onlookers -- with the exception of one Asian women occasionally staring blank-faced at her.

Sample line: "I want to chop chop chop Chow down, take him down to Chinatown."