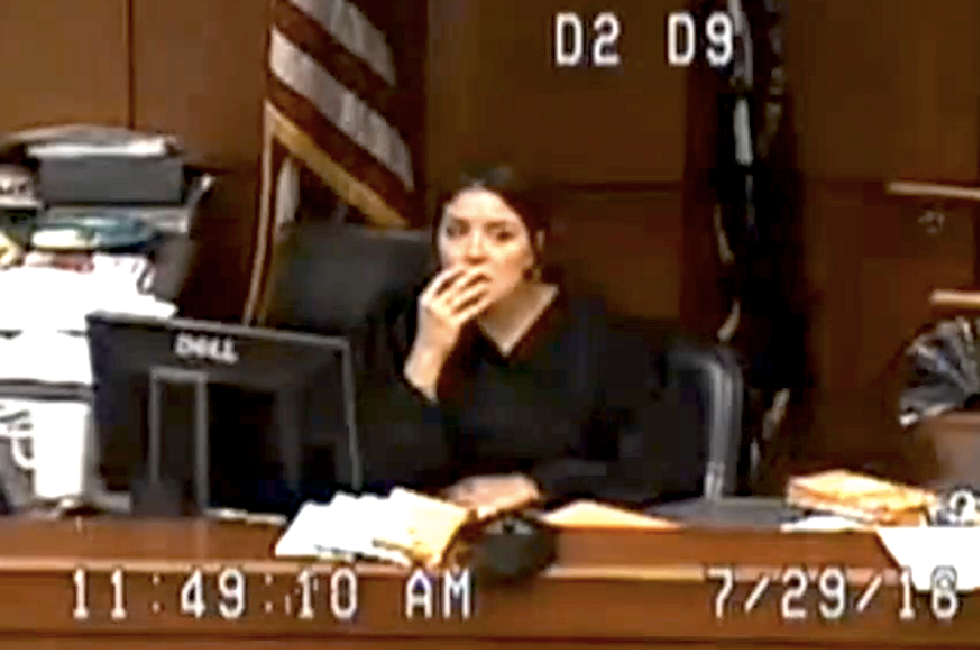 A Louisville, KY Metro Corrections judge was outraged on Friday morning when jail officials led an inmate into her courtroom who wasn't wearing a jail jumpsuit and in fact, didn't appear to be wearing any pants at all.

"What the hell is going on?" demanded Judge Amber Wolf, according to WDRB Channel 41.

The woman's attorney explained that the inmate had been held in county lockup for days but jailers “refused to give her pants and any kind of hygiene products that she needed.”

The inmate was arrested and held for not completing a diversion program on a 2014 shoplifting charge.

As the inmate and her attorney looked on, Wolf took out her cell phone and placed a call to the director of Metro Corrections, Mark Bolton. When she reached a subordinate, she told that person to ask Bolton “why there is a female defendant standing in front of me with no pants on.”

“What the hell is going on?” Wolf said into the phone. “I’m holding her here until she is dressed appropriately to go back to jail. This is outrageous.”

Wolf then asked court staff to find something to cover the defendant, "anything, I don’t care what it is.”

Jail officials told the judge that the woman was wearing very short athletic shorts, but they were hidden by her long shirt. Jail spokesman Steve Durham told Channel 41 that the woman wasn't in custody long enough to be issued a jumpsuit.

"This is pretty standard that when individuals are arrested, they remain in the clothing that they’ve been arrested in," Durham explained. "Especially for the first 72 hours."

But Metro Corrections Deputy Director Dwayne Clark -- who brought the defendant clothing during her hearing -- said, "Dressed like she was, she should have been changed into a jumpsuit. I gotta look into why she wasn't."

Wolf released the woman on time served and with a $100 fine, saying that the inmate should not have been held for more than a day.

“Am I in the Twilight Zone? What is happening?” Wolf demanded at one point.

After Clark brought the woman some clothes and she reappeared in the courtroom, Wolf told her, "This is not normal. I've never seen this happen."

She went on to say that the treatment was "completely inhumane" and told the woman, "I'm sorry you had to go through this."

Former President Donald Trump faces two political challenges outside his control that are unlike anything he's faced since he first announced his candidacy for president, according to Politico co-founder John F. Harris.

The U.S. Supreme Court that he largely struck down abortion rights last week, and the Jan. 6 Committee continues to reveal shocking details about his involvement in the insurrection, and the twice-impeached former president seems to understand those two stories are linked in a profound way, Harris argued in his latest piece.