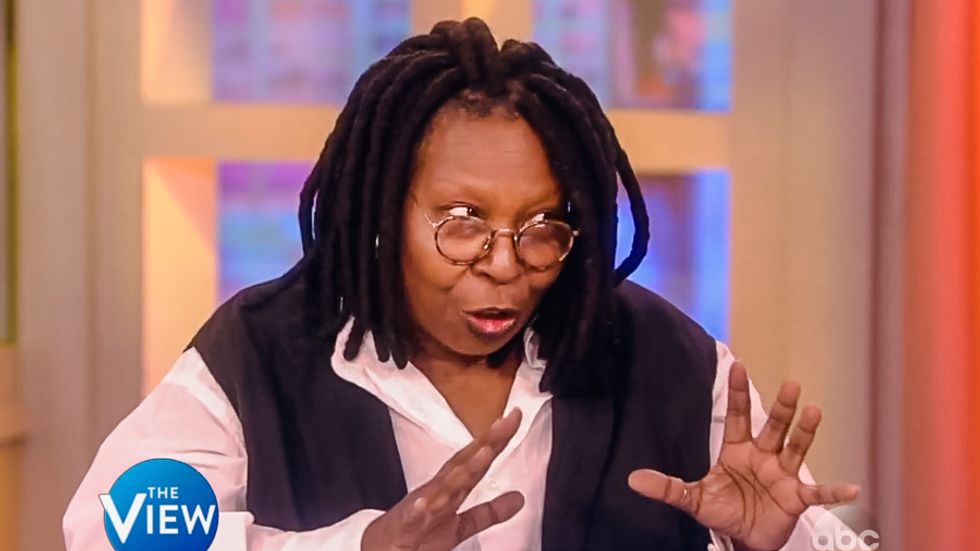 After D.L. Hughley told Fox News host Megyn Kelly that her network behaved as if racism did not exist on Wednesday night, Goldberg brought up the topic on Thursday's episode of The View.

Bila, who co-hosts The View and Fox's Outnumbered, argued that Hughley's remarks were unfair to the network.

"I've hosted a bunch of shows there, we talk about issues of race all the time," she insisted. "I mean, I'm on with Juan Williams all the time. These are serious issues that we delve into. So, it felt like he was labeling the whole network as not willing to accept that racism is something that exists in this country."

Bila suggested that Fox News personalities were hesitant to ascribe racial motives to incidents out of a journalistic responsibility not to "shape the narrative."

"When you have stories coming out where you have white on black crime, before we figure out what actually happened, a lot of people in media jump to conclusions or we surmise or we guess," she explained. "And it shapes the narrative of how the public hears that. And it's really hard then when facts emerge to go back and say, 'Oh, wait a minute, maybe in this particular case, this wasn't about racism.'"

"Are you saying Fox does that on a regular basis?" Goldberg stuttered, momentarily at a loss for words.

"That's why everybody wants cameras on everything," she said after taking a breath. "So when you see something as horrendous as what we saw on Monday [when police killed Philando Castile] play out... where the officer has shot her boyfriend, it's kind of hard not to see what that was."

Even conservative co-host Candace Cameron-Bure agreed that Hughley had a point.

"I watch Fox News, I'm a Fox News supporter," Cameron-Bure declared. "But I agree with you. I don't feel like they are inclusive of all minority groups as much as they should be. Because conservatives aren't just white rich men or women."

"And Fox I don't feel always represents that point of view," she observed. "I thought Megyn Kelly was great but I really appreciated everything that D.L. said as well."