West Virginia GOP lawmaker calls for Hillary Clinton to be 'hung on the Mall in Washington, DC' 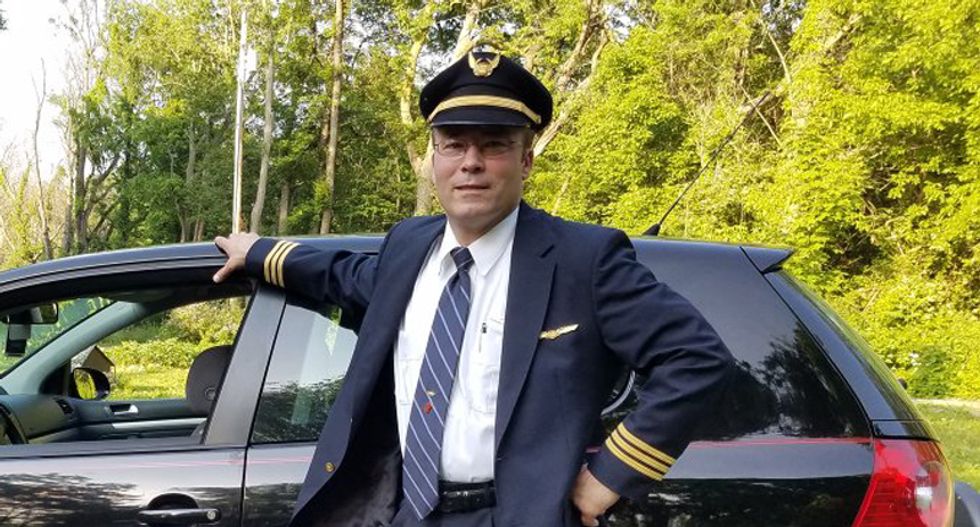 According to WOAY, Michael Folk, who serves in the West Virginia House of Delegates when he is not flying airplanes for United Airlines, posted a tweet stating: "@HillaryClinton You should be tried for treason, murder, and crimes against the US Constitution... then hung on the Mall in Washington, DC"

After receiving criticism, Folk posting a second tweet reading, "Sorry, I don't mince words... read this story & watch this video & maybe you'll understand" with a link to an article about the failed investigation into Clinton's email server.

Folk's tweet was screen-captured by the West Virginia Democratic Party which called Folk "unfit to serve."

Saturday morning, Folk tweeted again saying, "Hillary supporters coming out of the woodwork this morning..." with commenters criticizing him for advocating the hanging of Clinton.

According to the first commenter, "lol I'm no where near a Hillary supporter. I'm just not a fan of having a maniac hold office in my great state."

Twitter commenters have also sent screen captures to United Airlines which responded : "We are definitely aware, and are investigating this. Thanks for letting us know."

New York Times reporter Adam Goldman, who frequently covers the FBI, remains one of the reporters focusing on the failures that the federal law enforcement had on Jan. 6 and why they failed so spectacularly to stop the violence that happened at the U.S. Capitol despite having the necessary information to do so.

"The mandate, in fact, is to investigate and stop international terrorism and domestic terrorism," Goldman explained. "So the committee itself has been well publicized now, spent a lot of time focussing on Trump but there was a subset, a number of people looking at the FBI."

South Dakota state Sen. Julie Frye-Mueller was reinstated from her suspension from the legislature — albeit with a formal censure — after strange sexual harassment allegations from a legislative staffer, reported The Daily Beast on Wednesday.

"Frye-Mueller found herself in hot water after was accused of harassing one of her staffers with a string of unsavory comments about vaccines and breastfeeding, including suggesting that she suckle her own husband to get her milk to come in instead of feeding her child formula," reported Ellie Quinlan Houghtaling. Frye-Mueller, a Republican, responded to her suspension from the legislature by moving to file a lawsuit, alleging her First Amendment rights were violated.