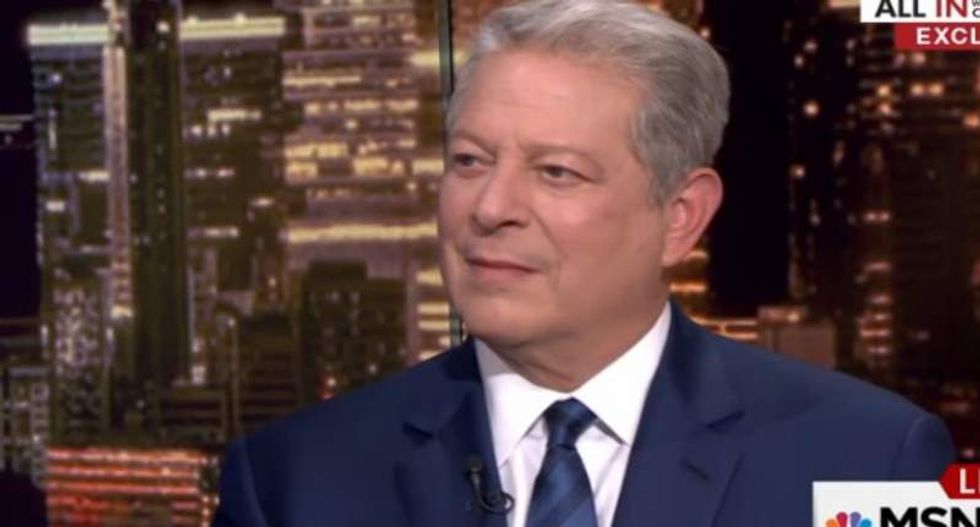 If there's one thing Al Gore knows a lot about, it's losing elections with third-party spoilers in the race. Perhaps, that's why the former vice president turned Earth warrior is encouraging other pro-environmental voters to support the Democratic ticket.

According to an interview with Think Progress, Gore explained that he would be voting for Clinton.

"I urge everyone else to do the same," he said. "I particularly urge anyone who is concerned about the climate crisis, sees it as the kind of priority that I see it as, to look at the sharp contrast between the solar plan that Secretary Clinton has put forward, and her stated commitment to support the Clean Power Plan, and the contrast between what she has said and is proposing with the statements of the Republican nominee, which give me great concern."

Gore also urged voters to look at the consequences depending on the leader chosen in November.

"I would also urge them to look carefully, as I know they have, at the consequences of going in another direction for the third or fourth alternative," he said. "The harsh reality is that we have two principal choices. And I am supporting Hillary Clinton. Again I respect those who analyze the situation differently, but in my experience, it matters a lot"

Gore lost Florida to George Bush in 2000 by 537 votes. Exit polls show that more Nader voters would have supported Gore over Bush, handing him the election if he wasn't in the race.