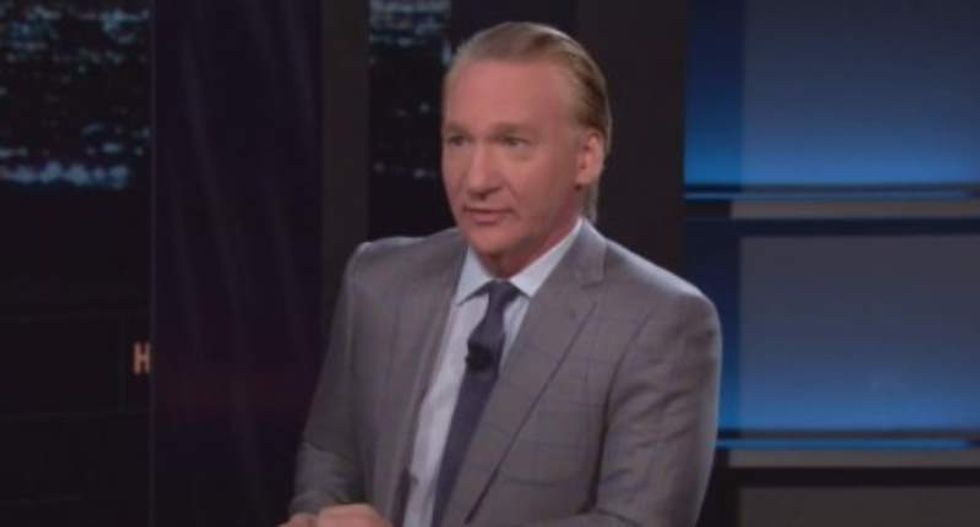 While discussing Wikileaks' release of information concerning the Democratic National Committee, Real Time host Bill Maher took a second to ask the site's editor-in-chief, Julian Assange, about taking on the other side.

"Why don't you hack into Donald Trump's tax returns?" Maher asked Assange, who was speaking via satellite from the Ecuadorian embassy in London.

"We're working on it," Assange replied.

While Maher told Assange he felt he should win a Nobel Prize, the two did spar when Assange said his site's findings -- which spurred the resignation of DNC head Debbie Wasserman Schultz -- constituted evidence of "a plot" by Democratic officials against Sen. Bernie Sanders' campaign.

"Why haven't we seen anything hacked from the Trump campaign?" Maher asked. "Obviously we know these came from Russia. And we also know that you do not like Hillary Clinton at all, as does not Vladimir Putin. It looks like you are working with a bad actor, Russia, to put your thumb on the scale and basically f*ck with the one person who stands in the way of us being ruled by Donald Trump."

Assange responded by asking Maher if he was the "William Maher" who gave a "Clinton-affiliated entity" $1 million.

"F*ck no," Maher said, after explaining that he donated $1 million to President Barack Obama's 2012 re-election campaign as a symbolic gesture.

Maher also pointed out that former NSA contractor Edward Snowden criticized Wikileaks for what he called a "hostility to even modest curation."

"He doesn't really know the definition of curation," Assange said, before arguing that he and Wikileaks "saved his ass" after Snowden's own leak and helped him seek asylum.

"I know Edward is trying to get a pardon at the end of the Obama presidency," Assange argued. "He's playing that game, I understand."