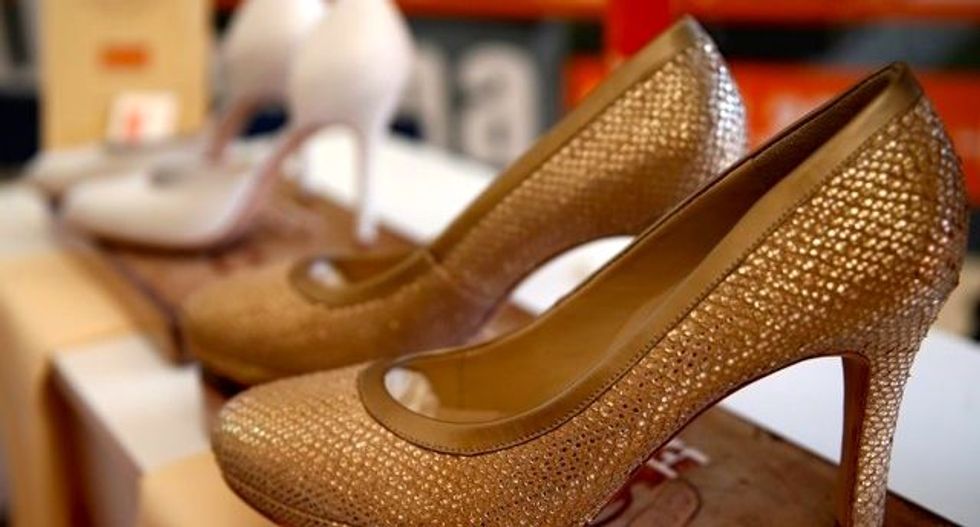 A Bosnian Serb factory on Monday presented two pairs of shoes as a gift for the wife of U.S. Republican presidential candidate Donald Trump, Slovenian-born Melania, in a gesture of support for Trump's White House campaign.

Many Serbs in the Balkans back Trump, ill-disposed to rival Hillary Clinton whose husband Bill backed NATO air strikes on Bosnian Serb positions toward the end of the 1992-95 Bosnian war. He also advocated a 1999 NATO bombing of then-Yugolsavia to halt the killing and expulsion of ethnic Albanians.

Marinko Umicevic, technical director at the Banja Luka shoe factory Bema, said the gift countered what she called a "dirty campaign" against the aspiring First Lady whose homeland, like Bosnia, was a part of Yugoslavia when she was born.

Melania Trump's speech at the Republican National Convention in July ignited controversy, containing a section strikingly similar to words delivered at the Democratic convention in 2008 by President Barack Obama, Michelle.

"The shoes for Melania Trump are our response to the dirty comments she has been exposed to as a wife and a mother," said Umicevic.

The shoes, to be sent by express post, were displayed for media on a table, set in a display of white roses. One pair was gold-colored, with cushioned soles fashioned, according to Umicevic, to help Melania follow her husband's campaign across America. The others were white stilettos for a triumphant walk into the White House.

Umicevic said the shoe moulds were made by a factory in Melania Trump's hometown of Sevnice and designed by Bema's best shoe designers.

"We hope that America will stop being the world policeman," Umicevic told Reuters. "We are hoping a friendship will come in the future from the United States instead of bombs that Serbs got from Bill Clinton," he added.