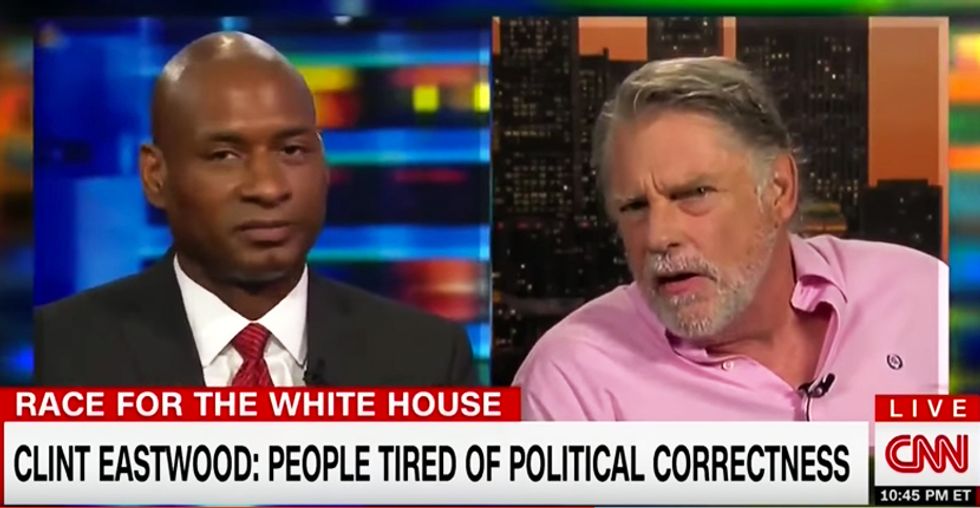 Earlier in the week, Eastwood -- who did a star turn at the 2012 GOP convention by interviewing an empty chair -- decried what he feels is "political correctness" run amok, saying, 'The kiss-ass generation we're in right now. We're really in a p***y generation."

Asked by host Don Lemon, if Trump went "too far," columnist Blow gave a master class on what "white privilege" is by using Eastwood's words.

"I'm blown away by all the euphemisms we're using right now. Even in the lead in, he said 'he calls it like it is, he’s just saying what's on his mind.' No, that’s not what it is, though," he explained. "In the interview he says some of the things that I used to say and some of the things Trump is saying, that people say are not racist, we didn't used to call it racist. That doesn't mean it wasn't."

"And this idea that he says later that people should just get over it. It is fascinating to me and in fact supremely insulting when people who were never subjects of the bitterness and pain and subjugation of racism to tell people who were that you should just get over it. And to cast that -- political correctness has become this blanket that people throw over everything they want to say, or want to do."

"When they want to make an excuse for it," Lemon interjected.

"They want to normalize it, right. It's not even just making an excuse for it," Blow replied. "I want my inner most darkest things in me, that I want to get out, to be able to come out, and to be able to be normalized and people for not to look at that and say that is necessarily a negative for me."

Later in the segment, Blow laughed at character actor Graham Beckel who defended Eastwood during a long-winded and rambling soliloquy on racism while calling it "post-colonial victim shit."

"You don't get me to answer that. I don't know what this man is talking about," Blow told Lemon as the panel laughed. "I mean, these are Clint's own words, right? These are his words, he said them."