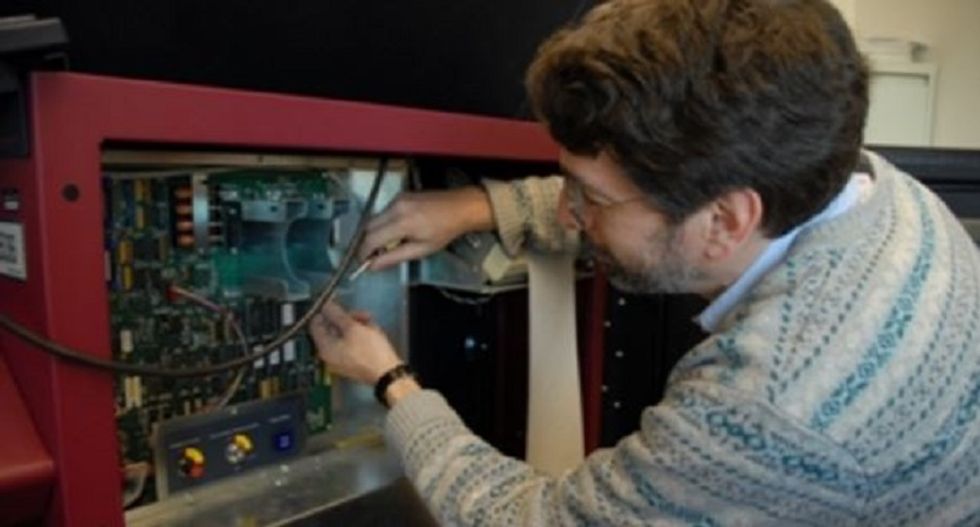 It took Princeton computer science professor Andrew Appel and one of his graduate students just minutes to hack into a voting machine still used in Louisiana, New Jersey, Virginia, and Pennsylvania, Politico reports.

Professor Andrew Appel purchased for $82 a Sequoia AVC Advantage, one of the oldest machines still in use. Within 7 seconds, he and his student, Alex Halderman, had picked the lock open. Within minutes, the duo had removed the device's unsecured ROM chips with their own hardware that makes it easy to alter the machine's results.

Appel, his colleagues and students have been hacking into voting machines at the Center for Information Technology Policy since the late 1990s. With their work, the group has come to the conclusion that at some point, the national election will be the target of a coordinated cyber attack.

Now, with the specter of Russian hackers looming over the election cycle, the Department of Homeland Security said electronic voting machines must now be treated as "critical infrastructure" -- a designation up until now reserved for dams, transportation systems and financial services.

The term refers to infrastructure “so vital to the United States that their incapacitation or destruction would have a debilitating effect on security, national economic security, national public health or safety, or any combination thereof.”

"This isn’t a crazy hypothetical anymore,” Dan Wallach, a computer science professor at Rice who studied under Appel told Politico. “Once you bring nation states’ cyber activity into the game? These machines, they barely work in a friendly environment.”

The electronic voting machines became popular after the 2000 after the contention Bush-Gore election that was hampered by mistakes and lack of clarity with manual voting and ballot counting.

However electronic voting adds a new threat -- that if Russian hackers wanted to target the November election, they could.

“Look, we could see 15 years ago that this would be perfectly possible,” Appel told Politico. “It’s well within the capabilities of a country as sophisticated as Russia.”