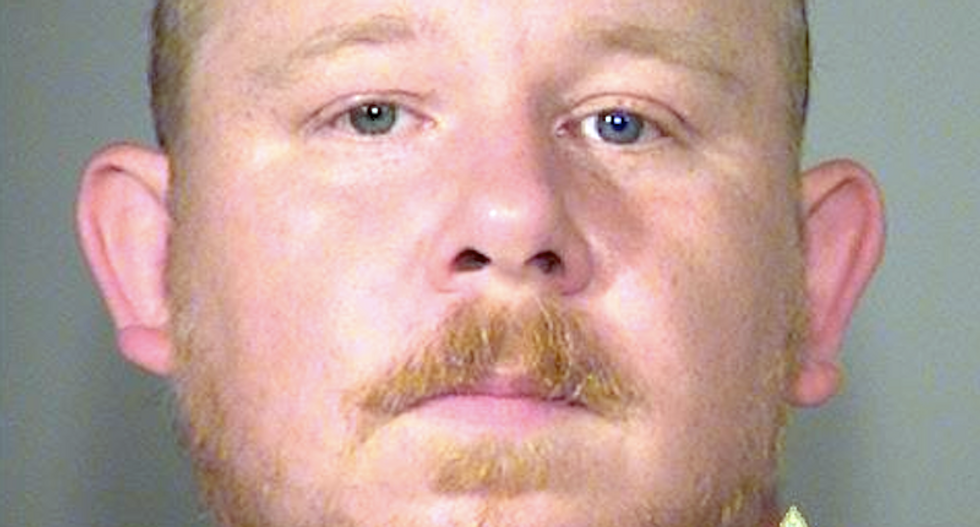 Portland police arrested a "self-proclaimed Constitutionalist" who had stalked them for months after finding an arsenal of guns and ammunition in his vehicle parked outside a precinct office.

Officers spotted Eric Eugene Crowl parked outside the East Precinct office Sunday, as they had many times starting in April, reported The Oregonian.

The 39-year-old Crowl kept a police scanner in his Chevy Tahoe, officers discovered during a previous traffic stop, and had recorded video and tracked police during shift changes for a period of months.

He also discussed his views on the U.S. Constitution during one of those stops, and he described himself as a "natural born citizen" and complained about perceived violations of the Second Amendment on his now-deleted Wordpress blog.

Crowl parked outside the precinct over the weekend but drove away after officers said over police radio that they planned to contact him.

Police pulled him over a short time later, and didn't notice any weapons in his SUV, and he returned about 9:30 p.m.

"As officers approached Crowl, ordering him to keep his hands up, he would raise and lower his hands and appeared to be reaching around inside his vehicle," police said.

Crowl eventually got out of the vehicle, and police patted him down and found nothing, but officers said this time they found numerous weapons in his SUV.

A search of the Tahoe turned up a 5.56 rifle, a 12-gauge shotgun, two 9 mm handguns, a loaded 100-round 5.56 magazine drum, hundreds of 5.56 and 9mm rounds of ammunition, 5.56 tracer rounds, handheld radios, a police scanner, camouflage clothing and camping equipment.

Police then executed a search warrant at Crowl's home, where they said they found eight more rifles, a shotgun and hundreds of rounds of ammunition.

Crowl was arrested and charged with attempted assault of a public safety officer, unlawful use of a weapon and unlawful possession of a firearm.

He remains held on $1 million bond.