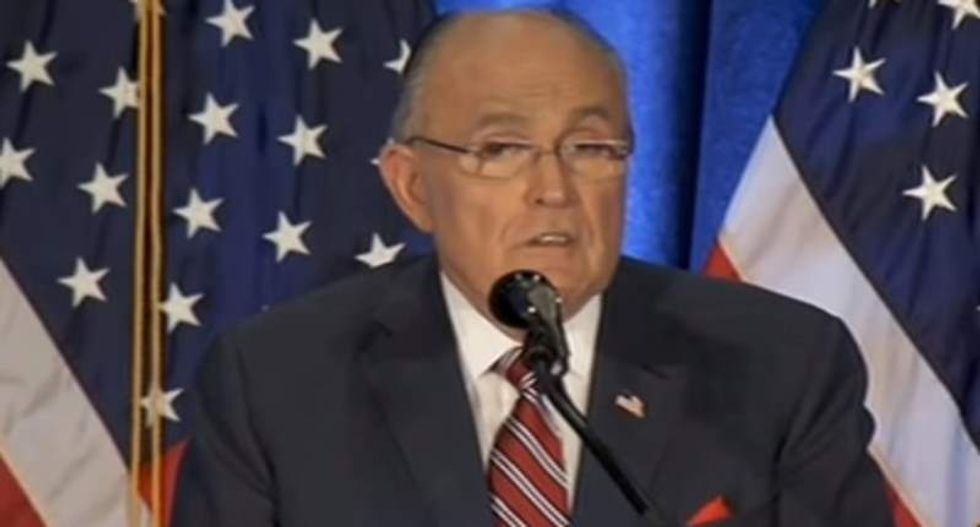 After being accused for years of exploiting the 9/11 attacks, Rudy Giuliani was roundly mocked on Monday for doing the opposite.

As Talking Points Memo reported, Giuliani said during a Donald Trump campaign rally in Youngstown, Ohio on Monday that, "Under those 8 years, before Obama came along, we didn't have any successful radical Islamic terrorist attack in the US. They all started when Clinton and Obama came into office."

Footage of the remarks can be seen below.

However, even if Giuliani was apparently willing to forget that he was the mayor of New York City during the attacks, social media users were not, as seen below:

THEORY: The real Rudy Giuliani has been dead for years. The crazy guy with the cartoon veneers is a nefarious actor https://t.co/GskfCqSWv7
— Bobby P (@Bobby P)1471288173.0

Giuliani was also taken to task for strangely calling Trump's running mate, Indiana Gov. Mike Pence (R) the governor of Ohio -- instead of John Kasich, who refused to endorse Trump after losing to him in the GOP primary.

Giuliani, in Ohio, just delivered praise of Mike Pence. Tells crowd, "You know better than I do what a great governor he is of your state."
— Dave Itzkoff (@Dave Itzkoff)1471285455.0