EpiPen users unleash wrath on Manchin: 'Your daughter should be charged as an accomplice to murder' 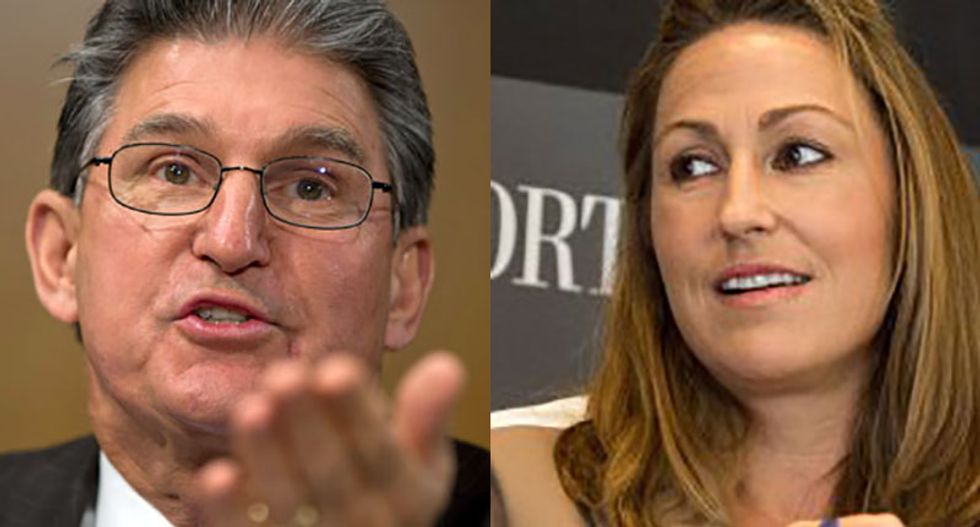 The EpiPen price-gouging scandal spilled onto Sen. Joe Manchin’s (D-WV) Facebook page as hundreds of angry commenters took him and his daughter, Mylan CEO Heather Bresch, to task for profiting off life-threatening allergies.

They were reacting to reports that Bresch engineered the dramatic price increase in the price of a two-pack of EpiPens from about $100 in 2007, when Mylan acquired the drug, to up to $608.61 today. The EpiPen itself is nearly 40 years old, and despite claims by Mylan that “product improvements” had driven up costs, it has not made any real change to the device that carries a buck’s worth of the life-saving epinephrine.

That brought the wrath of the internet down on Manchin, particularly as millions of Americans are at risk from deadly allergic reactions. Last year doctors inked some 3.6 million prescriptions for EpiPens.

One father told Manchin he could no longer afford enough EpiPens for his son who is “highly allergic” to bee stings.

One woman said she could no longer afford EpiPens, but Bresch could afford the fanciest digs.

One mother who needs EpiPens for herself and her daughter wrote, “With the gouging of the price for EpiPens, many people’s lives are in danger.”

Another called it a “crime” that she now had to spend more than $1,200 a year for Epipens for her kindergarten-aged son.

The link between the soaring costs for EpiPens and Bresch’s salary and compensation, which hit $18.9 million last year, was not lost on netizens.

One nurse told Manchin his daughter was “the new face of corporate greed.”

The West Virginia senator was reminded that under Bresch, Mylan has become a corporate tax dodger.

Bresch and Mylan were accused of allowing people to die to fatten their bank accounts.

While others say they are ashamed Manchin is a Democrat.

Nearly 1,000 comments have flooded the top post on Manchin’s Facebook page, but commenters say many have been deleted.

But it may be Manchin’s political career that will be deleted as a result of the scandal, with vows his days in the U.S. Senate are numbered.