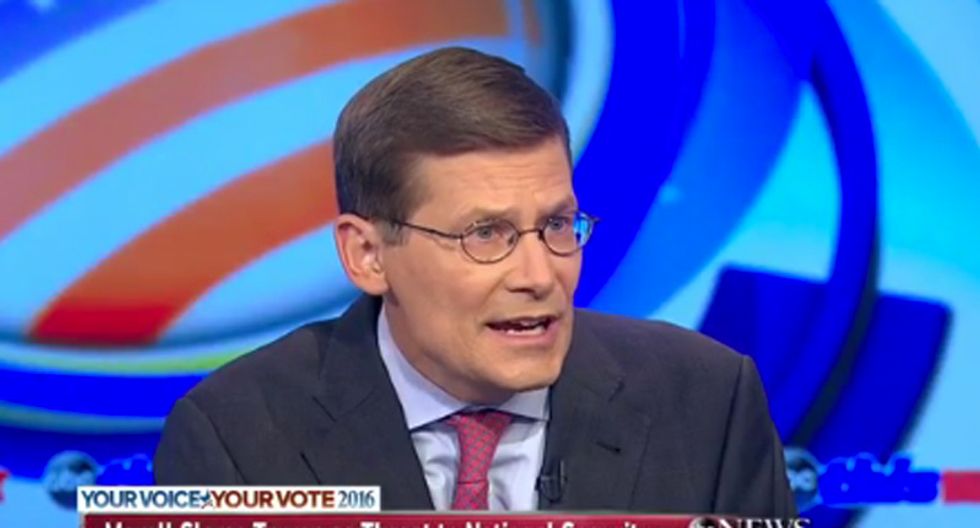 A former CIA director asserted on Sunday that GOP presidential nominee Donald Trump is definitely being used by Russian strongman Vladimir Putin who plays upon the candidate's vanity.

Appearing on ABC's This Week, former CIA head Mike Morell noted that Putin's career in the KGB gives him an edge in dealing with Trump.

"And Donald Trump didn't even realize that Putin was playing him," he continued. "So, in Putin's mind, I have no doubt that Putin thinks he's an unwitting agent of the Russian Federation -- although Putin would never say that."

Morell added that the only thing Trump sees is that he is being complimented.

Fmr. CIA Director Mike Morell: "I have no doubt" Putin sees Trump as "unwitting agent of the Russian Federation" https://t.co/LYxpygPMch