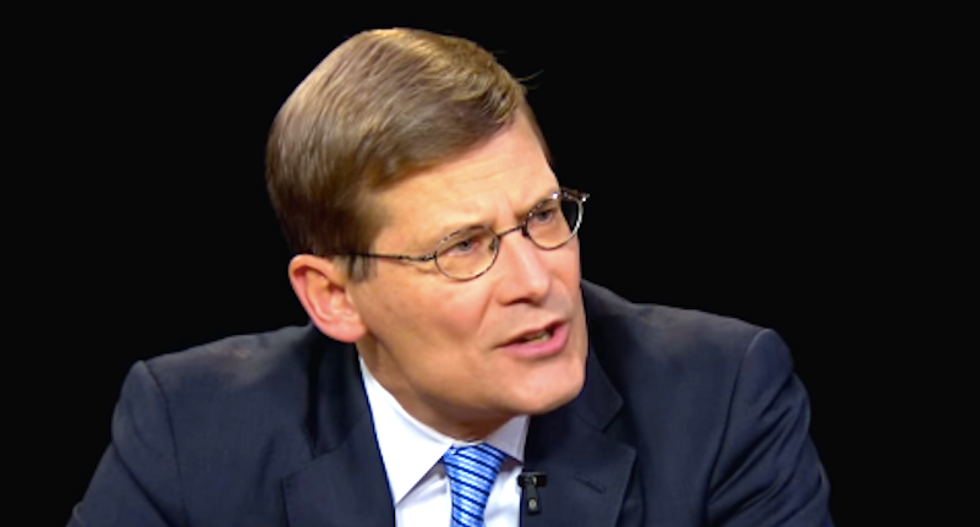 Michael Morrell, a former deputy director of the Central Intelligence Agency, told Charlie Rose that he had entered the political debate because he thinks Trump's personality weaknesses make him an ideal mark for the Russian president -- himself a former intelligence agent.

"I happen to know something about how you recruit people, okay?" Morrell said. "I've got a lot of experience with that, so it is my professional assessment, right, that this is what Putin has done."

He said Putin dislikes Clinton because he blames the former Secretary of State for his party's electoral losses in Russia's 2011 parliamentary elections.

"There is one thing above all else that Vladmir Putin fears, and that is (an) Arab Spring, Green Revolution-style uprising in the streets of Moscow, and that's what happened after the parliamentary elections during Barack Obama's first term," Morrell said. "The Russian middle class was in the streets. He blamed that on Secretary Clinton, he believed that Secretary Clinton was behind it. She wasn't."

Morrell said he believes Putin looked at Trump as an easily manipulated target, and the former CIA official said the Republican presidential candidate has already done his bidding.

"I do believe absolutely that he looked at Trump and said, 'This is a guy who I can play,'" Morrell said. "All I have to do is compliment him, tell him how great he is and he's going to come to my side of the fence,'" Morrell said.

Rose expressed skepticism and asked the former intelligence official to support his claim with evidence.

"Give me another reason why Donald Trump would have said all of the incredibly positive things he has said about Putin as a person and about Russian policy that is at odds with the United States of America in a campaign where nobody's really focused on Russia," Morrell said. "Why would he have done that?"

Rose said that could simply be an example of "Donald Trump being Donald Trump," and making bold claims without any proof and without any broader significance -- and Morrell said the host had actually bolstered his own argument.

"You're absolutely making my point that his personality gets him to react in these ways that are inconsistent with American interests," Morrell said.

"Oh, I disagree," Morrell said. "He has undermined U.S. policy, western policy, with regard to Russia, right? He has told all of those people who follow him, the low 40 percent who follow him and believe his every word, that Putin is a good guy and Putin is a good leader, right? That undermines what the United States is trying to do."

Putin and the KGB have worked for years to slip that type of propaganda into the political mainstream in the U.S. -- which Trump has injected into the presidential election, the former CIA official said.

"This has been free propaganda for Vladimir Putin in the United States of America," Morrell said. "Putin would never, ever say this, of course, but I believe that Putin sees Trump as a tool of his now. He wants Trump to be elected, and there is evidence that he's trying to help that along."