Fox guests blow up after one calls Hillary Clinton a 'bigot': 'You should be ashamed of yourself!' 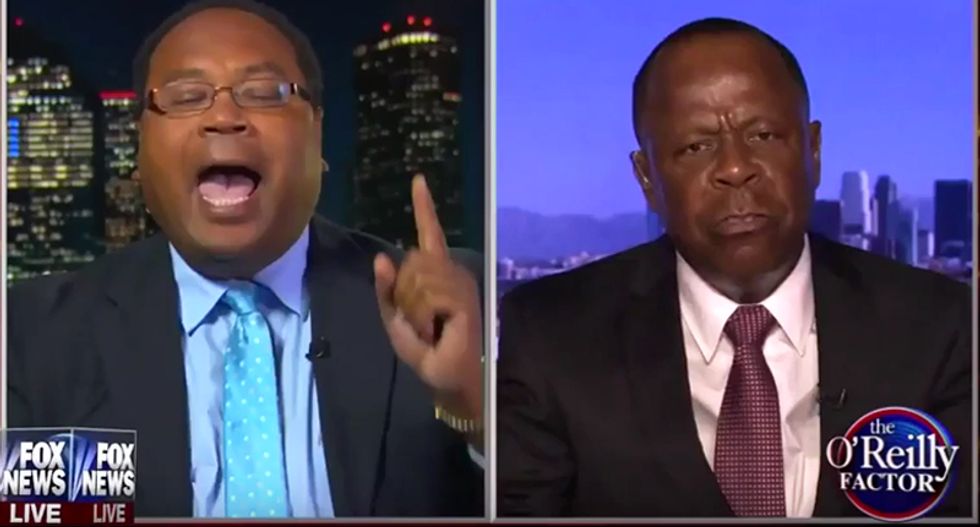 Asked about Trump's comments, civil rights attorney Leo Terrell said Trump had no room to speak when it comes to bigotry.

After Terrell asserted that Clinton's speech on Trump's racist past was "fact-based," conservative Horace Cooper jump in to call the speech a "litany of lies."

Cooper praised Trump for telling African Americans that they would fare better under him, saying, "It's good  that someone is finally telling the truth!"

"Somebody needed to stand up and explain that the policies that the left and progressives have been pushing are bigoted because they don't assume there is any possibility for improvement for blacks," Cooper asserted, as Terrell cut in to tell him, "You should be ashamed of yourself."

Cooper replied, "Absolutely," as Bolling stepped in and attempted to settle the men down, only for it later to turn into a shouting match over endorsements from the KKK, and Trump's engagement of the so-called racist "alt-right," with Terrell once again telling Cooper,"You should be ashamed of yourself!"