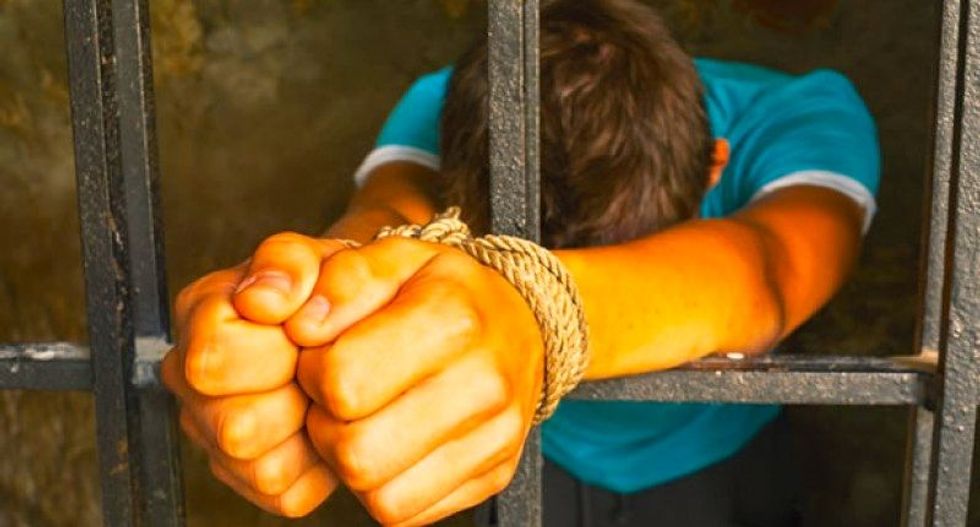 About 1 million inmates have participated in the experimental program, called Moral Reconation Therapy, which is promoted by the U.S. government -- but doesn't actually work, reported Vice.

MRT is a popular treatment program in drug courts and jails throughout the nation, and it's based on the underlying theory that convicted criminals and drug abusers have "low moral reasoning," according to a 2007 review by the U.S. Department of Justice.

Goldman Sachs spent $1.2 million to implement MRT at Rikers Island through a "social impact bond," and inmates were exposed to outdated and humiliating conditions on top of their incarceration -- which data shows greatly increases the risk of recidivism.

"No one involved even seemed to consider what it would be like to get beaten by guards at night—as has been widely documented at Rikers -- while getting told each day that their own disobedience is the real problem," wrote Maia Szalavitz for Vice.

The program was introduced in the 1980s by academics Greg Little and Ken Robinson, who based MRT on theories of moral development that originated with psychologist Lawrence Kohlberg.

MRT's developers tried to encourage a change in moral thinking they defined as "reconation" -- but the program's true purpose was to force prisoners to accept all the blame while ignoring risk factors such as poverty, unemployment, mental illness and past trauma.

"It's not enough to be in prison, which means constant humiliation -- and if you are in, it's probably because you're really poor," said author Barbara Ehrenreich. "On top of that, you have to participate in trashing yourself, and that seems to me to be a whole new level."

The program overlaps with Scientology's teachings and terminology, using the group's "Life Conditions" to describe MRT's concepts of moral development.

MRT teaches that all children begin in a moral stage of "disloyalty," while Scientology calls that same development period as "treason."

Both MRT and Scientology teach that babies and toddlers cry not out of need, but because they want to manipulate and control their parents.

The Influence found that MRT credits Ron Smothermon with developing and naming the steps on the "freedom ladder," and there's evidence the 1970s self-help author was also influenced by Scientology and cult-like movements such as EST, or Erhard Seminars Training.

"In many forms of pop psychology, you are told to blame yourself because you could have everything, you could be on top of the world and you just haven't focused, you haven't worked hard enough," Ehrenreich said.