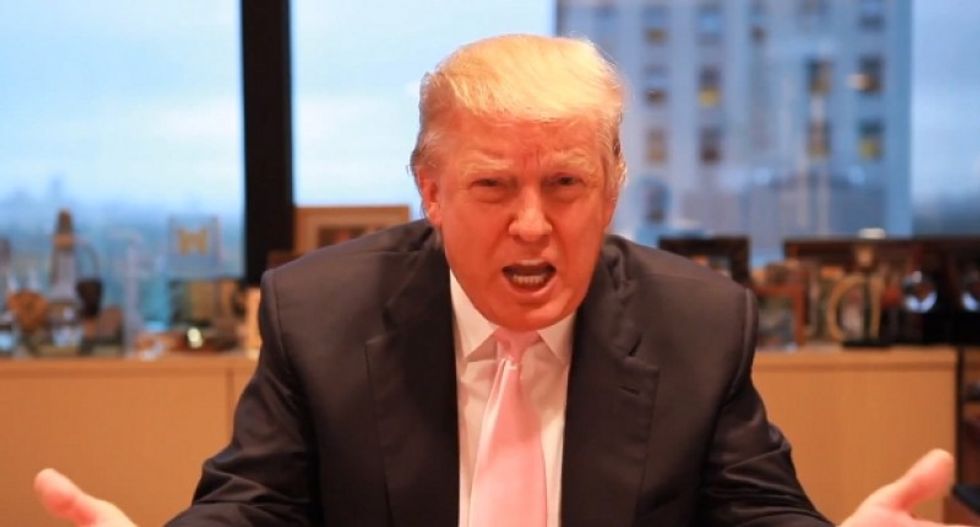 Many Republicans are in despair over the state of their presidential nominee, and some of them are writing very honest self-examinations of where both they and their party went wrong.

GOP strategist Matt Mackowiak believes that the conservative movement's original sin in this tragedy was in not shunning Donald Trump after he went on a public crusade to force President Obama to release his long-form birth certificate and prove that he was a United States citizen.

"The birther conspiracy that Trump launched in 2011 was a crucial moment for the conservative movement," he writes on Twitter. "We knew Obama wasn't born in Kenya. But for some conservatives, we liked seeing Obama being forced to answer questions and provide documentation. Why not release birth certificate?"

However, he goes on to say that this was a major moral lapse on Republicans' part because everything about the "birther" conspiracy theory reeked of racism.

"The reality is Trump is clearly a racist," he says. "And this was the first sign. Obama being born in Kenya would have required a massive coverup. It was never plausible. But the media networks covered it breathlessly. Republicans had a chance to do the right thing and many passed. Many Republicans didn't want to offend their base, which despised Obama for taking the country far left. But the base was wrong."

The bottom line, he notes, is that the birther episode gave conservatives the perfect time to toss Trump from their ranks -- but they failed miserably.

"The birther episode showed us all we needed to know about Trump at that time," he says. "He should have been excommunicated. But he wasn't."

2/ So it is worth exploring how the GOP got a blowhard outsider as our nominee in a winnable year when the stakes couldn't be higher.
— Matt Mackowiak (@Matt Mackowiak) 1471541152.0

4/ He cannot handle criticism, yet he proactively courts controversy. He desperately wants to be respected & that is how his campaign began.
— Matt Mackowiak (@Matt Mackowiak) 1471541261.0

6/ But for some conservatives, we liked seeing Obama being forced to answer Qs & provide documentation. Why not release birth certificate?
— Matt Mackowiak (@Matt Mackowiak) 1471541394.0

8/ It was never plausible. But the media networks covered it breathlessly. Republicans had a chance to do the right thing and many passed.
— Matt Mackowiak (@Matt Mackowiak) 1471541498.0

10/ Questioning President Obama's citizenship was a racial attack. Does anyone doubt Tim Scott or Mia Love was born in the US? Of course not
— Matt Mackowiak (@Matt Mackowiak) 1471541617.0