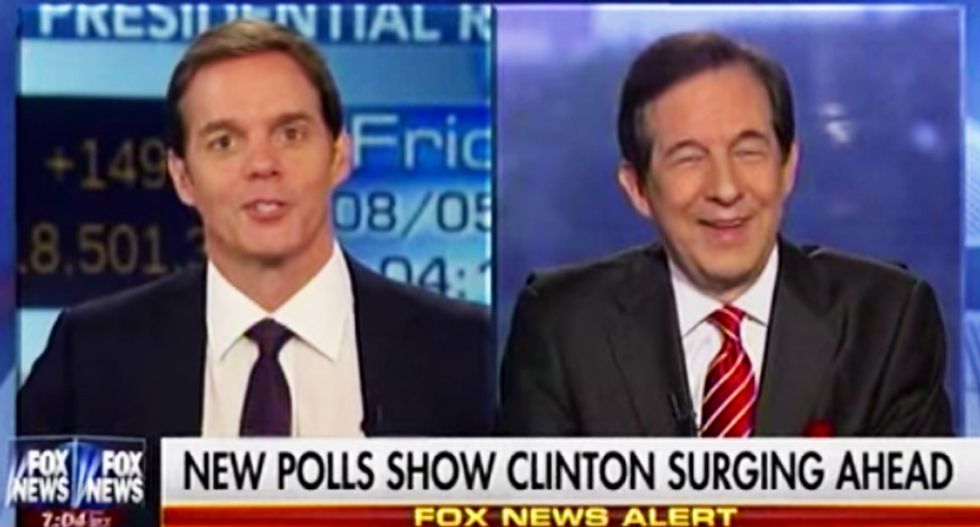 Appearing as a guest on America's Newsroom, Wallace watched a clip of Manafort asserting, "The Republican Party is united. Do we agree on everything? No. Mr. Trump is an outsider, he hasn't been a part of the political system, so his relationships with the leadership of the party are not as deep and long as traditionally would be with the Republican nominee. But that's not to say he doesn't have good relations."

Asked by host Bill Hemmer if Manafort was correct in claiming the campaign would only continue to "improve," Wallace gave Manafort a back-handed  and sarcastic compliment on the job he has done so far.

"Well, I suppose it's improving if you consider that he's no longer in a fight with a Gold Star family, but no, these are bad numbers, and it isn't early in the campaign," Wallace said as he smirked before stating that the campaigns are about to go into a holding pattern while the public finds something more "sensible" to do with their spare time.

"We're post-convention, to a certain degree the campaign is going to kind of freeze in place for the next couple of weeks while people watch the Olympics and do something sensible instead of focusing on politics," he explained. "And the next big event won't be until late September when you have the first presidential debate."