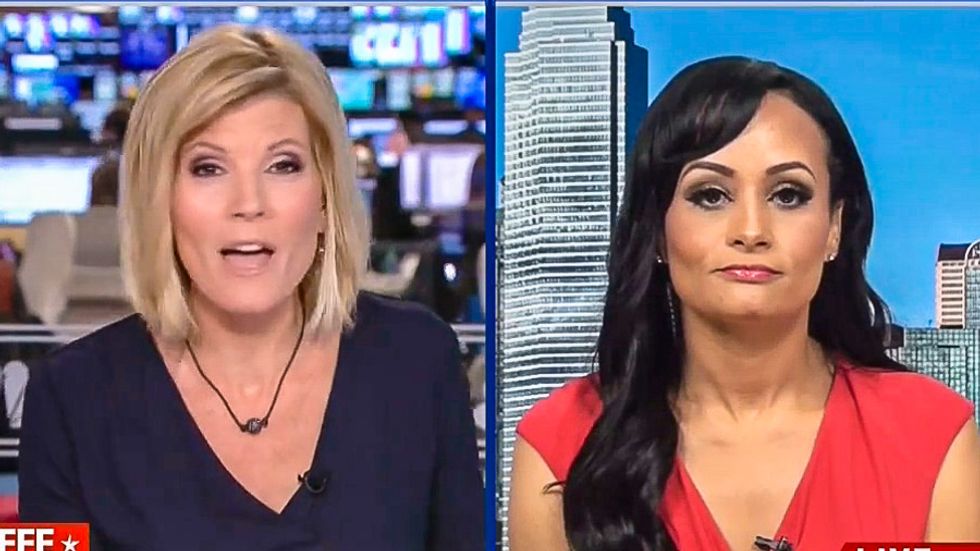 The Trump campaign was left scrambling on Tuesday after the candidate told a group of North Carolina voters that "Second Amendment people" had a way to stop Hillary Clinton from appointing anti-gun judges if she becomes president.

On Wednesday, Pierson insisted to MSNBC's Snow that Trump had been talking about uniting gun owners to vote against Clinton.

"The NRA is a bipartisan organization," Pierson opined. "And that is also left out of the discussion in the media, considering how there are even Democrats who won't touch gun legislation in an election year because the NRA has been able to take out Democrats as well."

Snow pointed out that Trump had confused many viewers because his "Second Amendment" comments made the assumption that Clinton would already be president and picking Supreme Court justices when they would have a need to stop her.

"He's assuming she's in power," Snow said. "And then says there's nothing you can do about it at that point -- 'Well, but maybe the Second Amendment people, maybe there is.'"

"No one is even talking about the power of the NRA," Pierson replied. "They have been able to stop senators from appointing people that are hostile towards the Second Amendment. And that's what he's talking about."

Snow wondered if Trump had a responsibility to personally clarify the remarks since many of his supporters and others had interpreted the comments as a call for violence.

"It's reinforced by the media!" Pierson exclaimed, cutting off Snow. "He talks about this at every rally."

Pierson pivoted to "the horrible things that have already happened while Hillary Clinton was at the State Department."

"You have no concern about his ability as president -- if he were president -- to make an argument with foreign leaders, in negotiations and not be misconstrued or misunderstood?" Snow asked, trying to get the interview back on track.

The answer seemed to stun the MSNBC host.

After several seconds of silence, Snow spoke: "I'm speechless because I'm trying to follow your logic here, Katrina, and I'm having a hard time."

"I can tell," Pierson quipped.